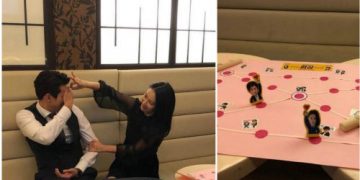 The audience will partly understand Hyun Bin's personality through this revelation.

Hyun Bin once revealed that he is an introvert and a bit quiet when appearing in public, but recently in YTN Star’s program YTN Star, a journalist who worked with the actor was surprised. revealed the real personality of the guy.

Accordingly, this person said that when Hyun Bin was with the staff, he was quite active and extremely naughty. The actor’s hobby is playing RPS games. He always wanted to win against his opponent and every time he was playing a game, but when he had to go to the recording, Hyun Bin would become scowled because he just wanted to play.

This revelation quickly received the attention of the audience when it somewhat understood Hyun Bin’s real-life personality. Despite having a successful career, top status in showbiz and top-notch looks, the actor did not show his arrogance or coldness, but was extremely warm, friendly and comfortable with everyone.
In addition, the fact that Hyun Bin was revealed to like to play games and always wanted to win made many fans of the “BinJin” couple extremely curious and interested by when he was promoting the movie Negotiation of Life ( 2018), Hyun Bin also showed off his gaming skills with Son Ye Jin, but for some reason, he kept giving up and being punished continuously by Son Ye Jin.