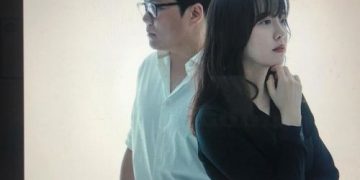 The moody image will surely make fans of Goo Hye Sun feel sympathy for the emotional shock after the divorce scandal of actor Ahn Jae Hyun.

Having just announced her return to the art race, Goo Hye Sun quickly released her first product. Album Breath 3 is a collection of piano concert songs composed by an actress. Before that, Breath 1 and 2 were released in 2009 and 2015 respectively, proving the talent of this Korean entertainment industry beauty. Although it has gone through many events in life and career, Breath 3 still releases Goo Hye Sun’s plan every 5 years.

The management company Goo Hye Sun said, the album cover image has been completed and will soon be released in September as a musician. Although the image of Goo Hye Sun on the album cover is full of mood, it is not difficult to see a more cheerful look compared to the 2015 release. “We hope this album will be a healing gift for those who need it. “- MiMi Entertainment’s representative revealed.
The actress shared with her fans, Breath 3 is a bit different from the previous two albums with a little freshness and gentleness along with her own maturing experiences.

After the announcement of her comeback at the end of July 2020, Goo Hye Sun said she would continue her acting and writing and film production career.