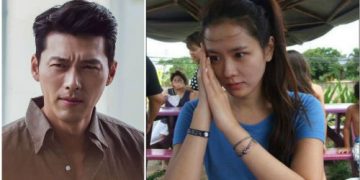 A full month ago, Hyun Bin and Bargaining crew went to Jordan to film the movie. The fact that the actor went to film in the middle of the stressful epidemic made the audience extremely worried about the health of the idol. 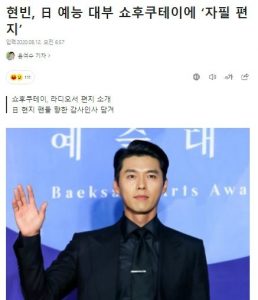 To reassure fans’ worries, the actor recently shared with Sankei Sports that he is currently still engrossed with the scenes in Jordan, but the actor is planning to shoot. Coming to Korea in September and is expected to have a fanmeeting in Japan to express gratitude to fans when the movie Crash Landing On You with Son Ye Jin continuously topped the top in this country. during the past 6 months.

The fact that the actor returns to Korea this September makes fans of Hyun Bin and Son Ye Jin extremely excited, because in September, the Seoul International Drama Awards 2020 will be held. Crash Landing On You is also receiving a best film Mini-series nomination.

In addition, if the fanmeeting is held, it is likely that Hyun Bin will reunite with Son Ye Jin on this special day. In addition, September 25 is also the actor’s birthday. Because of that, the audience is hoping that the scenes in the Bargaining movie will be completed smoothly so that the actor will soon return to reunite with fans as well as Son Ye Jin.

Before that, fans of Hyun Bin also handed each other a series of photos revealing the epic scenes in the movie Bargaining in Jordan. However, the management company VAST Entertainment strictly checked the leak of the actor’s image during the filming of the movie, so Hyun Bin’s image is still making fans extremely curious.

Bargaining is a film about the collaboration between a diplomat and the NIS special forces in the rescue of kidnapped hostages in the Middle East. In the movie, Hyun Bin will take on the role of a brave and experienced NIS spy who serves the mission of rescuing hostages. The movie is not scheduled for release yet.