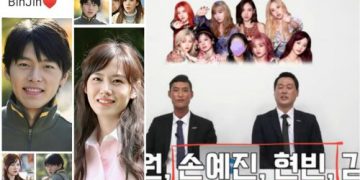 Recently, in the Kpop show Idol Body Guard , the audience could not help but riot by the information that Hyun Bin and Son Ye Jin used the same bodyguards to protect during events. They also make the audience suspect that they are actually dating secretly

After the success of Crash Landing On You , Hyun Bin – Son Ye Jin was the most paper-consuming couple in the media in the first half of this year. Despite the dating suspicion, there is a series of convincing evidence, but the couple always deny, claiming that they only make best friends. 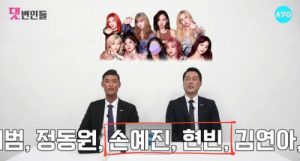 In addition to information related to Son Ye Jin – Hyun Bin, the show also mentioned the hardships of the bodyguards when escorting famous idols such as TWICE, NCT, and SEVENTEEN, especially when facing off with the Sasaeng fan department (crazy fans).

Son Ye Jin belongs to MS Team Entertainment’s management company, while Hyun Bin is under VAST Entertainment, the fact that the two are revealed to be using the same bodyguard, causing the audience to “push the boat” of the couple.

Earlier, at the end of June, Son Ye Jin appeared on set to make a promotional video, many netizens quickly realized that the bodyguard accompanying her was Hyun Bin’s bodyguard.

Although many times deny this love story, it seems that Son Ye Jin – Hyun Bin secretly dated! The majority of fans are extremely expecting this couple to come out soon, together to form the most beautiful couple on Korean screen in particular and Korean showbiz in general. However, what is the love story of Son Ye Jin – Hyun Bin, perhaps waiting for an answer ?