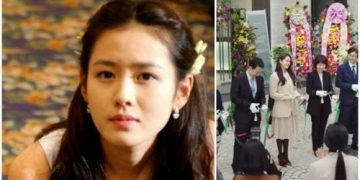 Actress Son Ye-jin is announced as the representative face of Smart Signature Group!

August 7, 2020- Spackman Entertainment Group Limited – one of the leading entertainment program production groups in Korea has just announced: famous actress Son Ye-jin of MSteam Entertainment Co., Ltd., a wholly owned subsidiary of Spackman Media Group Limited (which is an affiliate of the Group) has signed an agreement with Smart Communications Inc., the leading telecommunications service provider in the Philippines. Accordingly, Son Ye-jin will become the face of Smart Signature, a member company of Smart Communications. 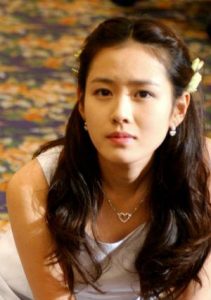 The latest social psychological drama CRASH LANDING ON YOU starring Son Ye-jin has achieved record success in Korean viewership and became the most popular movie in Japan, reaching No.1 spot on Japan’s Netflix for 4 months. This film has consistently been one of the 10 most popular Netflix shows in the Philippines and one of the 10 most watched Netflix shows in the US.

In May this year, Son Ye-jin was voted Korean No. 1 female star on the DCInside community portal based on a poll. In 2018, starring Son Ye -jin, the movie BE WITH YOU broke the all-time first-week box office record of a romance drama in Korea, earning her the Best Actress award at the Seoul Awards. Son Ye – jin also received a Certificate of Merit from the Prime Minister of the Republic of Korea at the 2018 Korea Mass Culture & Arts Awards and won the Best Actress Award for Hallyu Drama at The 2018 Seoul International Drama Awards, affirms her international status as an iconic Korean actress.

In 2016, Son Ye -jin won the Best Actress Award at the 2017 Baeksang Arts Awards based on her performance in the movie THE LAST PRINCESS.
Information about Spackman Entertainment Group Limited

As one of Korea’s leading entertainment production groups, Spackman Entertainment Group Limited (SEGL) was founded by Mr. Charles Spackman, a stalwart investor who specializes in independently publishes, introduces and sponsors films in Korea. In order to diversify its revenue streams, SELG has expanded its business portfolio to include the production of Korean dramas. In addition to the content business, SELG also invests in entertainment companies and film funds that can financially and strategically complement its existing core operations. SEGL is listed on the Singapore Stock Exchange, under the ticker 40E.