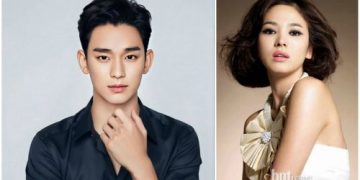 The audience was puzzled by the news that Song Hye Kyo will return and cooperate with Kim Soo Hyun!

“Song Hye Kyo & Kim Soo Hyun may star in korean drama” Sex and the City “korean verson, and it will be in MBC network.
Hallyu stars Song Hye-kyo and Kim Soo-hyun will reportedly star in the Korean version of Sex and the City. Neither actors have confirmed nor denied the rumors, but the grapevine has it that the duo will star in this seemingly mega-hit series, which will draw millions of Chinese fans too. ”

However, after finding out, the reporter of Lovekpop95 discovered that this was just an old rumor that was first spread by inquisitr in 2017. This time the fanpage above has regained this old rumor and again. Spreading it made the fan community confused.
We would like to confirm that this is a baseless rumor!