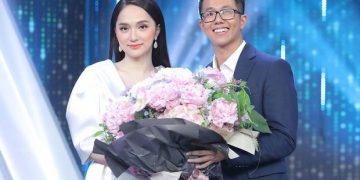 On the evening of 7/8 Miss LGBT World 2018 Huong Giang officially found her boyfriend through a television game show. It is known that Huong Giang is known as the most beautiful LGBT Queen in the world after she was crowned Miss Transgender in 2018.

It is known that her boyfriend is Matt Liu, a successful Singaporean businessman.
We wish the couple always happy!