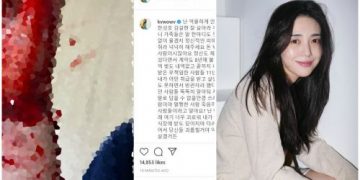 The shocking image in the middle of the night made the public worried about AOA's Mina's current psychological state. 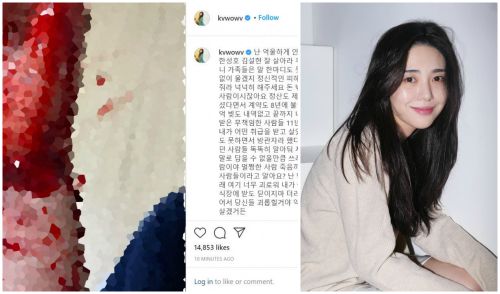 Recently, Korean media have been stirring up with the internal bullying scandal of AOA that has occurred during the past 10 years. Although the bully Jimin has left AOA and the entertainment industry, with the turmoil in psychology and negative posts, the public and fans are very concerned about Mina’s condition. Late at night today (8/8), netizens got up when Mina suddenly posted a photo of a bloody wrist cut with a long letter.

(Warning about sensitive content, readers should consider before reading)

Specifically, Mina expressed her resentment in the latest post when only the three people that caused her to fall into the corner were Jimin, Seolhyun and the president of FNC – Han Seung Ho. In addition, she also accused the management company of FNC Entertainment irresponsibly, only knowing money did not care about idols. More worrying, along with a photo of a bloody wrist cut, the former member of AOA also revealed her intention to commit suicide and torment those who harmed her, making the public even more confused.

“I don’t want to go unfairly. Shin Jimin, Han Sung Ho, Kim Seolhyun, live well. My mom, older sister, and family weren’t able to say anything and will probably cry though they’ve done nothing. Compensate them all for mental distress.Please give them a lot. You’re the kind of person who only knows about money The account wasn’t even settled properly, the contract was 8 years, and there was no breakdown of expenditures for the illegal trainee debt of 3 billion Won ($ 2,522,758.80 USD). You didn’t answer me when I contacted you until the end. Irresponsible people. You don’t even know how I was treated for 11 years, and to the bystanders or whatever, listen carefully. Those people are all like trash that I can’t even describe.Do you even know the kind of people who’ll push for a sane person’s death? I’m happy, but I want to go. It’s painful here. ‘t come to my funeral when I die. You’re dirty. When I die, I’ll torment you all. I can’t live with this evil, okay. ”