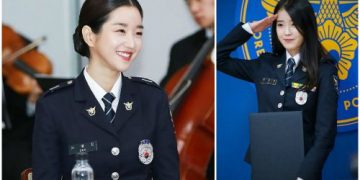 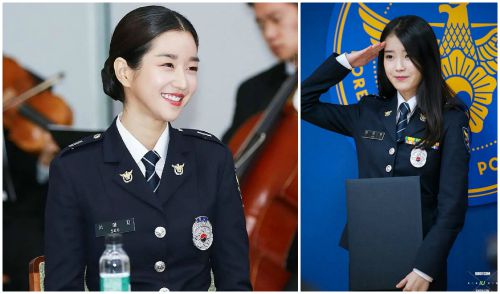 Seo Ye Ji and IU are rare female stars who were awarded noble titles for their influence on screen roles and meaningful activities in real life.

Seo Ye Ji: The American character of Okay Okay to Not Be Okay has surprised fans when her achievement of two years ago was repeated. In 2018, Seo Ye Ji’s former management company – King Entertainment – announced that the actress was honored by the police at a meeting gathering about 30 directors, film producers and many police officers.

HOT- Seo Ye Ji and Kim Soo Hyun ‘It’s Okay to Not Be Okay’ entered the TOP 10 of ‘The Best International Shows of 2020’ chosen by The New York Times. 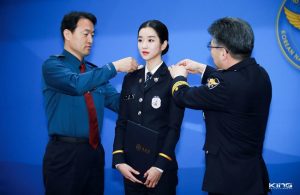 The event was held at the Cultural Garden of the National Police Agency. Seo Ye Ji wore a police uniform and was appointed by the agency representative on the letter. The representative of the National Police Agency emphasized that they were impressed with the role of Seo Ye Ji’s lawyer role in the movie Lawless Lawyer. Therefore, the actress is rated as a suitable person to become an honorary police officer.

In Lawless Lawyer, Seo Ye Ji transformed into Ha Jae Yi – a female lawyer wholeheartedly for the cause. She did everything to protect the right, not afraid to confront those who have higher position than her when detected wrongdoing.

IU: In addition to Seo Ye Ji, the singer – actress IU has also twice been honored with the honorary police officer rank in 2019 and 2013. According to the representative of the National Police Agency, IU will not only play a promotional role for the unit but also participate in propaganda activities, raise awareness about the painful issues in society. 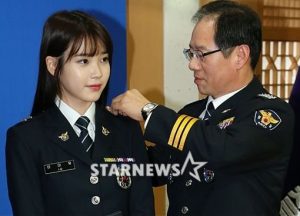 In 2013, the beauty of Hotel del Luna became the first artist of Korean showbiz to achieve this achievement. During his time as an honorary police officer, the 27-year-old star was repeatedly praised by his superiors for his efforts in improving public relations and promoting community security.

In order to gain this recognition, IU has participated in many activities and events against school violence, at the same time, providing support and timely counseling to bullying victims at school. The singer – actress has successfully completed all duties in 4 years as an honorary police officer (2013-2016), before being appointed for the second time in 2019.

Upon learning that IU has once again become an honorary police officer, many fans hope that she will take many practical actions to contribute to propaganda and prevention of cyber-violence – a problem that is increasingly common in Korea. Quoc and the concern of the whole community. This is not only meaningful to society but also a comfort to Sulli – IU’s close friend who has died, who has suffered many insults from netizens.