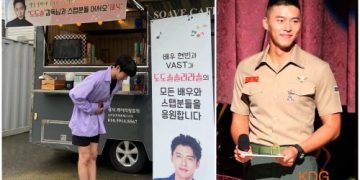 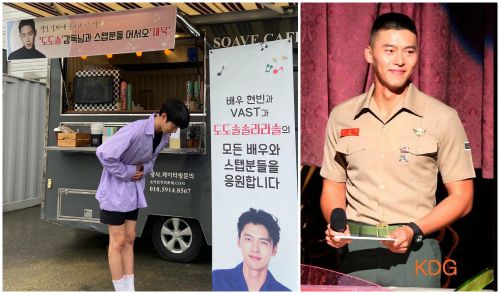 On July 27, Lee Jae Wook posted a photo of a coffee truck on Instagram and wrote, “Thank you, sunbaenim!!” (Sunbaenim in this case is a phrase used to address someone who debuted earlier.) The banner next to the coffee truck reads, “Actor Hyun Bin and VAST Entertainment support the cast and crew of ‘Do Do Sol Sol La La Sol’ (literal title).”

Hyun Bin is currently in Jordan to film the movie ‘Bargaining’.

“Do Do Sol Sol La La Sol” is a romantic comedy about Goo La La (Go Ara), a pianist who hits rock bottom after her family’s sudden downfall. After she finds her way to La La Land, a piano academy in a small village, she ends up crossing paths and falling in love with the tough and mysterious Sun Woo Joon (Lee Jae Wook) who seems to be hiding a lot of secrets. The drama is slated to begin airing in August.