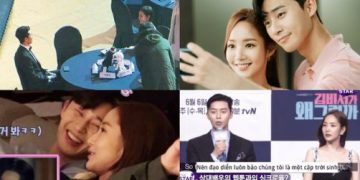 From the words and actions of the couple "What's wrong with secretary Kim?" Park Seo Joon and Park Min Young both made the audience think that they were dating. 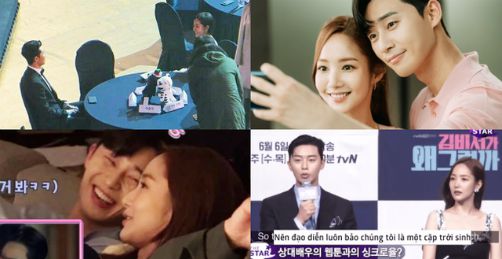 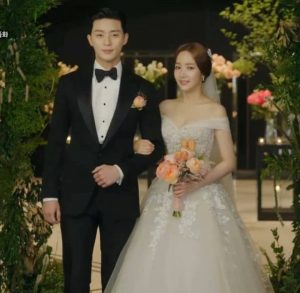 Before participating in the movie “What’s wrong with secretary Kim?” , Park Min Young and Park Seo Joon had the opportunity to meet and chat intimately at the artists’ chairs at the 2017 Asia Artist Awards. At that time, although the two had never cooperated, the two artists were still talking. Very happy, arranged by the organizers to sit opposite. This image suddenly became hot again after the movie “What’s wrong with secretary Kim?” causing fever in Korea. That’s why when the couple was involved in a dating case, many people thought that Park Seo Joon had deliberately introduced Park Min Young to the female lead of this movie. 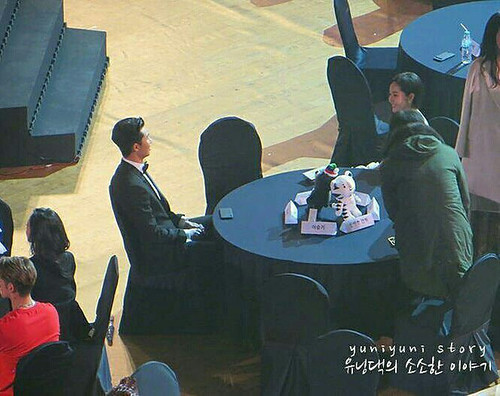 “When I looked at the script, I was just preparing for my role so I was quite curious about other people’s parts. I often admired Park Min Young’s scenes on set. So the director always said that we were a couple, “Park Seo Joon shared at a press conference about his sweet interaction with Park Min Young.
Shortly after the emotional rumors were released, fans began to reveal all the coincidences between Park Seo Joon and Park Min Young for a long time. Fans discovered that the couple regularly check-in at the same place and time when traveling, using couple clothes and even pet dogs are the same (to the name also related to Simba and Lion). In addition, fans noticed that Park Seo Joon often wears a baseball shirt with the date of birth of his lover. Previously when he was rumored to be dating for 2 years with Baek Jin Hee, Park Seo Joon wore shirt number 28, which coincided with Baek Jin Hee’s February 8, 1990 birthday, and he changed to shirt number 34 – the same date of birth. March 4, 1986 by Park Min Young. 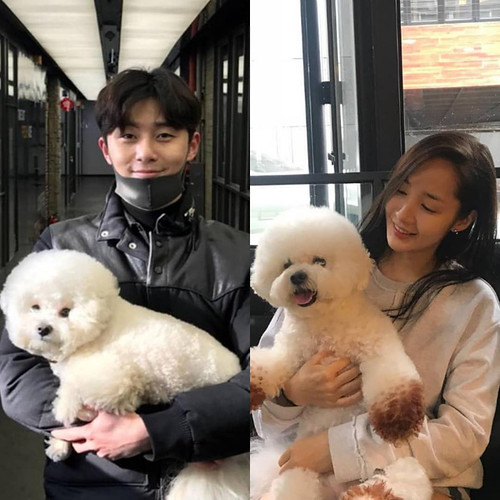 In addition, Park Seo Joon also expressed in a press conference for “Secretary Kim Why?” that, he has watched Park Min Young’s “Family is the best” from the time he was a student and the time he enlisted in the army. Since then, Park Seo Joon has always cherished the desire to act with a beautiful senior.

“When I was in the army, I used to love watching ‘High Kick’. Actually, when I was in this movie, I was just a freshman. Because we were around the same age, I really wanted to. This is a great opportunity, “Park Seo Joon recalled at the press conference. Park Min Young also didn’t hesitate to confess: “When watching ‘Midnight Runners’, ‘Fight For My Way’, ‘She Was Pretty’, I thought that he was really good at acting. I always wanted to act. with him once. And what I feel when working together is that he always cares for people and is good at what he does. ”