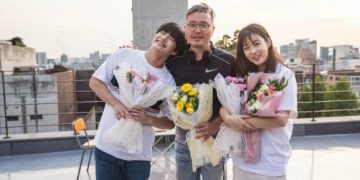 The movie about love 'Story of You and the Rain' made the audience anticipate by the gentle script with the participation of strong cast like Kang Ha Neul and Kang Sora. 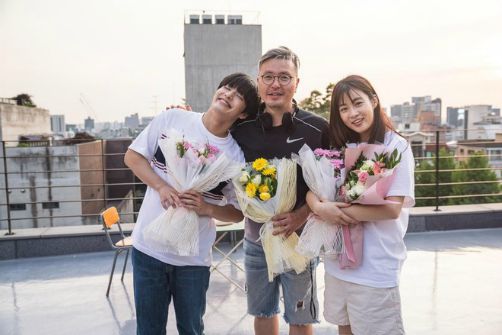 According to Soompi, recently, the production crew of the movie “Story of You and the Rain ” starring Kang Ha Neul and Kang Sora uploaded photos of the filming after the filming was completed. The film is in the social emotional genre, telling the story of a couple who, though longing to miss each other for a long time, cannot meet.
Kang Ha Neul has been revealed to take on his first movie role in three years. He transformed into the character Young Ho, a young man without any major goals in life. Young Ho accepts a meaningless life until he begins to exchange letters with a woman, causing him to change his way of life. Kang Sora takes on the role of Soo Jin, a cram school student with Young Ho, trying to relearn to get into university.

Regarding the role, Kang Ha Neul said, “I decided to appear in the movie because I thought it would be a gentle story and leave an impression on everyone for a long time. I was further reinforced during the filming. I thought I would keep the emotions that Young Ho’s character brought back long after the filming. ”
Meanwhile, actress Kang Sora expressed, “The drama is a lovely and emotional story. I feel like I’m living in memories from 17 years ago and a little sad when I came back. to the fact. I am grateful to everyone who gave me such wonderful memories. ”
Story of You and the Rain is directed by Jo Jin Moo – the man behind the success of Making Family and Suicide Forecast – directed. The film is scheduled to premiere in 2021.
Kang Sora was born in 1990, is a Korean actress and model. She became famous for her role in the Korean movie Sunny and then TV dramas that attracted many followers such as Doctor Stranger, Misaeng … Kang Sora once admitted dating actor Hyun Bin in December 2016. However, just a year later, the couple announced their breakup due to busy schedules.
Kang Ha Neul was born in 1990. Originally a musical actor, Kang Ha Neul had a hard time initially acting. The turning point in Kang Ha Neul’s career was when he took on the supporting role in the hit TV series The Heirs. From there, he began to get the attention of the audience and had the opportunity to access many great works such as Misaeng, Moon Lovers, Dongju: The Portrait of a Poet, Midnight Runner. Most recently, Kang Ha Neul won the Best Actor Award in the 56th Baeksang Art Awards for his lead role in the TV series When the Camellia Blooms.