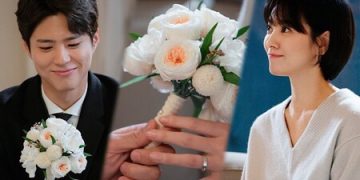 Park Bo Gum shared the advice he received from Gong Yoo, and some personal issues and wishes in the future. 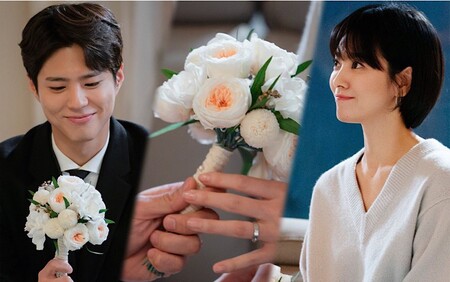 Recently, an interview of Park Bom Gum after appearing on the cover of Vogue Korea magazine in August, was published. In particular, the star born in 1993 shared the advice he received from Gong Yoo, describing how he prepared for a new film project.

In public photos, Park Bo Gum highlighted in a stunning visual interview with deep insight. The photoshoot took place in the Secret Garden at Changdeokgung Palace in Seoul, at the request of Park Bo Gum. “I want to show the beauty of Korea” – he explained. Originally, Park Bo Gum previously took on the role of The Prince in the hit drama Moonlight Drawn Clouds in 2016.

The actor said, “I am very grateful to have the opportunity to hold a signing event at the Gyeongbokgung Palace to conduct the audience ratings at that time. I became more interested in Korean traditional culture. Korea while wearing a lot of hanbok (traditional costumes) during filming. So I want to show the beauty of Korea to the global audience of Vogue. ”

Although Park Bo Gum is preparing to join the mandatory military service in August, he has left three unplayed works for fans to enjoy during his long hiatus. One of them is the drama Record of Youth, in collaboration with actor Park So Dam. The remaining two movie works are Seo Bok with Gong Yoo and Wonderland with Gong Yoo, Thang Duy, Suzy, Choi Woo Sik, and Jung Yoomi.

Park Bo Gum said, “All the characters in those three projects are different. I think I will be able to show different sides of myself through those works. You can think in the time I interrupted, ‘Wow, Park Bo Gum is playing that role?’, ‘Does he also have this role in this character?’ and ‘I want to see more of what Bo Gum can do’. ”

Vogue described that young actor looking excited and confident as he said, “I am very confident because I think I can do well. I really wanted to try new and different genres. There is an image.” I don’t know, and an image that people expect of me. I want to keep growing at the same time as fulfilling their expectations. ” 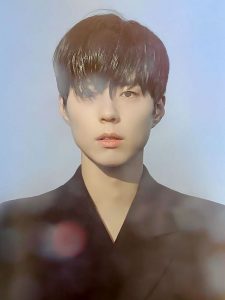 Park Bo Gum shared some insights about what he was looking for in a project, explaining that one of the main goals was to make viewers feel touched and comfortable watching his works.

“I always hoped that projects would deliver a certain kind of message, instead of simply planning to let people kill time or make them laugh. I was good at playing the villain and also wanted to do it. Good that, but I don’t want to just take on the role of a killer for no reason. ”

Park Bo Gum said of his own change: “I used to be a ‘man’, who would say that everything is okay, even if I hate that. I don’t want to hurt his feelings. I tried my best to be considerate of others, but recently, I realized that in order for others to fully understand, I had to say clearly what I wanted and didn’t want. so obviously, it will cause stress. I’m trying to master the art of expressing my feelings clearly. ”

“This is a movie that allows us to think about human dignity, and it carries the message that people shouldn’t be so ambitious. It also allows us to think about the advancement of scientific technologies.” learn life. Seo Bok has a clean and healthy appearance. ” The actor shared that the character’s name means “To live peacefully and for a long time”.

Park Bo Gum continued, “Because this character does not have major emotional changes, it is difficult to act in every detail. I was able to learn a lot on set when working with the director and Gong Yoo sunbaenim.

I found that Gong Yoo was very good at immersing himself in the character. I once asked for some advice on how to act angry scenes. Gong Yoo told me that if confidence screams, a natural anger will come. There are also times when actors feel embarrassed to show some emotions because because of the character’s built-in emotions, you can’t film everything in that order. Gong Yoo told me that in such moments, mind control is important. ”

When asked what he had to do before entering the army, Park Bo Gum said that he wanted to meet the people he was grateful for and treat them to a meal. He added: “Since I was a child, I played the piano and sang hymns at the church. More importantly, when I was very young, my father would return to everything I did on the device. filming, so I was never awkward in front of the camera. I was born with the confidence to love dancing and cute acting. ”

Park Bo Gum continued to share that he continues to love music by playing the piano whenever he wants to clear his mind, and sometimes he records new songs. Later, the star talked about plans to get married and have children later on: “Maybe it’s because I’ve been playing the piano since I was young, but when I got married and had a child, I definitely wanted to teach them how to play the piano. Learning other instruments is easy if you can play the piano “.

The interviewer also asked if he had any wishes, Park Bo Gum replied, “If possible, I want Hollywood to pay attention to me. Why can’t it be me, right? I am so ambitious about peace. From a young age, I always wanted peace for people in the world. ”

According to the plan, Park Bo Gum will enlist on August 31 as a soldier promoting the culture to the navy.