At the first time of cooperating and acting in love scenes, actress Seo Ji Hye emphasized that she felt natural and comfortable in front of senior Song Seung Hun.

Seo Dan of 'Crash Landing on You' is about a sweet kiss with Song Seung Hun!

The drama “Dinner Mate ” starring Song Seung Hun and Seo Ji Hye ended in mid-July. More than a week ago, Song Seung Hun mentioned the work and his co-star on the occasion of appearing on a variety show. . Recently, according to Soompi, in an interview, Seo Ji Hye also shared many interesting things through her first collaboration with her seniors.

The actress Seo has continuously participated in two film projects including Crash Landing on You and Dinner Mate in the first 6 months of 2020 without giving herself a long vacation.

She expressed her feelings about this: “I used to take on many cold roles in the past, but my character at Dinner Mate has a different character, so I felt a bit overwhelmed. Because I started filming Dinner Mate right after Landing where he finished, I was a little bit ready. I had to think a lot about new characters, then felt pressured and worried about the new project. But in the end, I was still able to fulfill the role well, showing a different side of myself. ” 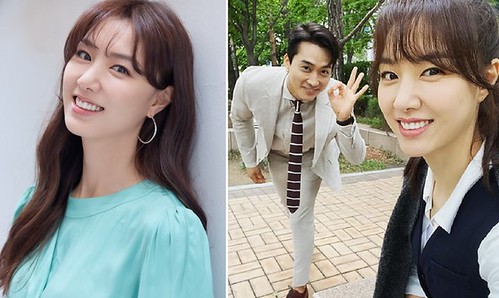 In the drama, Seo Ji Hye and Song Seung Hun have quite a lot of kissing scenes. When asked about the feelings and thoughts in those scenes, the actress was a little embarrassed.

However, she still boldly asserted: “Me and him have combined quite well. When the movie was shot, there were many things I did with a relaxed mood. That depends a lot on your co-star. Song Seung Hun knows how to make jokes and “comedic”, so we all feel comfortable and natural when we kiss scenes. ”

Also in the interview, Seo Ji Hye made clear her views on dating and marriage. The beauty revealed that she did not think much about marriage at this time.

“When I first reached the age of 30, I also had concerns about getting married, but not now. Over the past few years, the society’s view of marriage has changed a lot. Personally, I am not anti-marital, I will someday have a plan for my own happiness. However, to be honest, I have not seriously considered it in the present, “the actress said.

Seo Ji Hye was born in 1984, is an actor specializing in supporting roles on the small screen in Korea. In early 2020, she made an impression when she transformed into North Korean lady Seo Dan in Landing on him. Shortly thereafter, the 36-year-old beauty has a rare lead in her career thanks to the movie Dinner Mate.