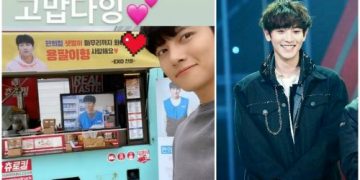 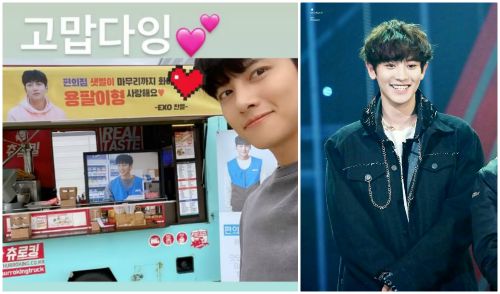 Ji Chang Wook showed the gift Chanyeol (EXO) gave, with the confession: 'I love you!'

On the afternoon of July 22, Korean media revealed that EXO idol singer Chanyeol sent supportive gifts to Ji Chang Wook. Immediately, the 33-year-old actor expressed his sincere gratitude to his close brother in the industry, through personal social networking. 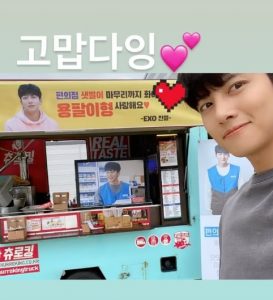 Specifically, Ji Chang Wook shared a photo taken in front of a coffee truck and churros on the Instagram story. As introduced earlier, this is a gift that Chanyeol sent to the SBS drama drama Convenience Store Saet-byul, led by Ji Chang Wook and Kim Yoo Jung.

On the truck banner, EXO’s golden voice said, “’Backstreet Rookie,’ you can do it until the end! I love you, Yong Pal hyung. From, EXO’s Chanyeol. ”

In front of Chanyeol’s heart, Ji Chang Wook responded with a cute tone: “Thanks,”. This is followed by a selfie shot with emoticons of red and pink hearts. In addition, netizens can also see the male stars’ happy and warm smiles.

Chanyeol recently released a new album titled 1 Billion Views as part of the small group EXO-SC, with Sehun. On the other hand, Ji Chang Wook and the 27-year-old singer are widely known as close friends.