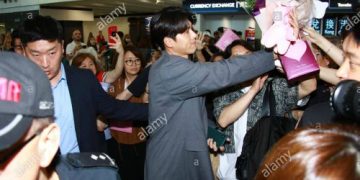 Once again captivating female audiences across Asia through the movie 'Crash Landing On You', actor Hyun Bin, 38, is mentioned with many private secrets. 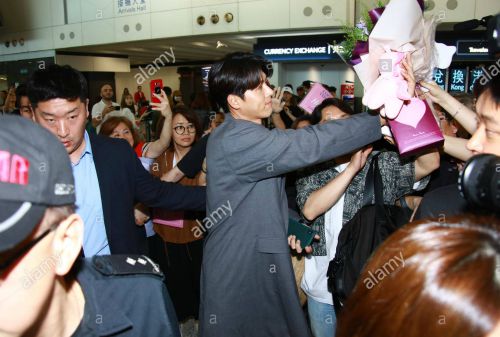 'FALL IN LOVE ' with Hyun Bin's daily routine- "Hurry and get married, oppa!".

Hyun Bin is a man who values ​​his family. When he first joined showbiz, he wanted to get married at 26 years old. After enlistment from the beginning of 2011 to the end of 2012, he pushed this plan back to before he was 40 years old. With this desire, the age of 38 is the time when the actor searches for himself a person attached to predestined. 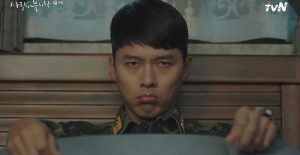 In a few episodes of Landing where he, Hyun Bin laughed with a frown, pouting lips, both cute and humorous. Turns out, this is not only the request of the character Ri Jung Hyuk in the script, but Hyun Bin himself has this habit in real life. During events, his fans often catch the idol moment pouting, howling full of children.

Behind the screen, Hyun Bin was named the saver king of Korean showbiz. On Korea’s saving day in 2013, he was praised by the country’s president for this. That year more than 30 years old, he publicly owned an account of 3.5 billion Won (more than $ 2.9 million). When he first started his career, he told his mother that she earns 350,000 Won (about 292 USD) every month to earn a living, and keeps her simple and non-wasteful lifestyle.

Hyun Bin is a shower-addicted man. Every day before he left the house or after finishing work, he took a shower. Sometimes when he was on set, his body was sweating a lot, he also took advantage of a coffee break to shower. When filming the scene where Jung Hyuk went to the hospital to visit Se Ri in Episode 14 of Landing where he was, Son Ye Jin teased Hyun Bin that he had just finished taking a shower, he immediately made a handwashing gesture and said that he took a very clean shower, makes you can’t stop laughing.

Despite being a celebrity, Hyun Bin is very private about his private life. He doesn’t use social networks like Facebook or Instagram. Fans who want to update his daily life only rely on the account of the management company. When he appeared in public places or events, he was more excited to hear the audience call him by his character’s name than when he was called by his real name.

In Korea, Hyun Bin is one of the highly educated artists from a family with a book lamp tradition. After joining the drama team in high school, he became passionate about acting and expressed an interest in acting, but faced severe opposition from his parents. Later, seeing his son fiercely, Hyun Bin’s parents gradually accepted him for art, but on one condition: he had to pass a prestigious school. As a result, Hyun Bin actually became a student of the Drama Faculty of Korea Central University.
From a young age, Hyun Bin was driven by his family to the habit of playing sports, so that he was passionate about campaigning and maintaining a healthy body. Participating in the training experience in the Korean marines in 2010, the actor won 29/30 points in a physical competition, not inferior to those from the military.

Having worked for 17 years, Hyun Bin owns not too large a number of films, only 12 dramas and 11 movies. However, the achievement he achieved in the role of actor is very respectable. With the leading role in the movie Secret Garden, Hyun Bin won five individual awards, including the grand prize at the Baeksang Art Awards. So far, he has two works that broke the rating record, his first film starring – Kim Sam Soon and the latest movie – Crash Landing On You.