Information Brooklyn Beckham engaged to Nicola Peltz after more than 8 months of dating has attracted the attention of the audience. During the time of attachment, the eldest son of Beckham always expressed his warm feelings to his girlfriend of more than 4 years old. He constantly shared photos of kissing and love on social networks. Many people think that Brooklyn is too addicted to girlfriends. 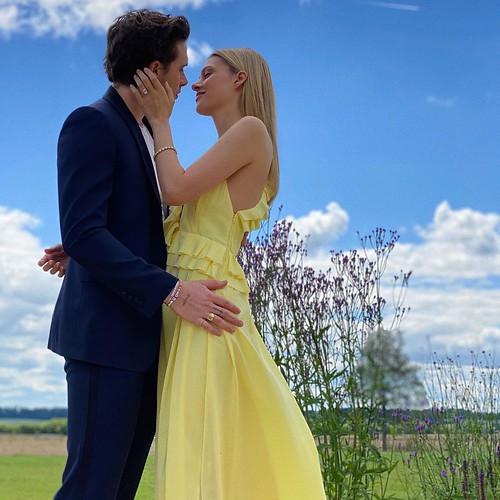 Before coming to Brooklyn Beckham, the actress born in 1995 once dated Justin Bieber in May 2016. The two were caught by paparazzi when they went to dinner at a restaurant in Beverly Hills (USA). Media described the singer of As Long As You Love Me, who always followed Peltz, held her hands and cared about her. 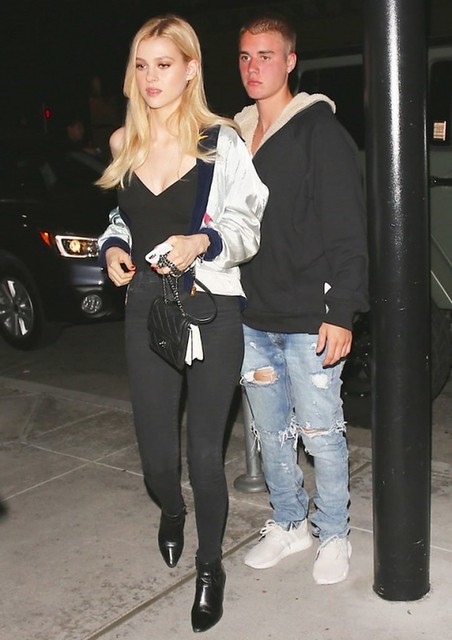 Nearly a month later, Bieber and Peltz continue to be seen roaming the CN Tower (Toronto, Canada). The source revealed to Us Weekly that the singer brought his beautiful girlfriend to his hometown to travel. However, the love between Justin Bieber and the blonde beauty does not last long. 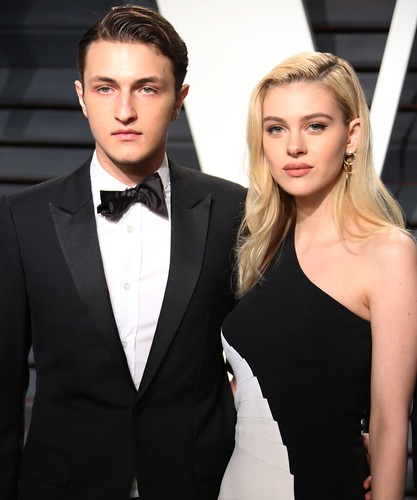 A year after the brief relationship with Justin Bieber, Nicola Peltz was seen “hand in hand” with Anwar Hadid – younger brothers supermodel Gigi and Bella Hadid. After publicly dating, the couple always attended the events and awards ceremony. The two were praised beautifully both in appearance and family background.

Nicola Peltz and her 4-year-old boyfriend only lasted about a year. The two claimed to have broken up smoothly and maintained friendships. Shortly thereafter, the 25-year-old actor unfollowed Hadid’s social media accounts after Anwar Hadid’s photo of kissing Kendal Jenner was circulated online.

Nicola Peltz is concerned by the media not only for her love of famous men but also for her noble background. American actor is the youngest daughter of billionaire Nelson Peltz and famous model Claudia Heffner Peltz.

According to Forbes, the net worth of billionaire Nelson Peltz amounted to 1.67 billion USD (about 1.3 billion pounds), about 5 times the property of David Beckham (about 350 million pounds). In addition, billionaire Peltz owns 4,000 m2 real estate worth 76 million pounds in Palm Beach (Florida, USA) and invested in many companies and large corporations.

Unlike previous Brooklyn relationships, the Beckham couple enthusiastically supported and sought to promote affection between their son and Nicola Peltz. “They think their son is lucky to get acquainted with Nicola Peltz. Having an interpreter like tycoon Nelson helps Beckham and his wife overcome difficulties in business,” The Sun quoted a source close to the famous couple. prime.

In addition to the billionaire father and supermodel mother, Beckham’s fiancé’s son has a brother, Will Peltz – a former famous hockey player and actor. The Peltz brothers often accompany each other in film events. In addition to Will, 9X also has three brothers pursuing a business career, an older sister who is a fashion designer and a teenage twins.