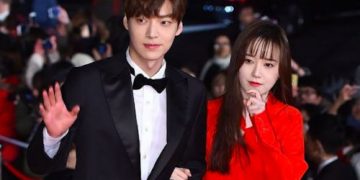 As reported by the media, today (July 15), the couple Goo Hye Sun and Ahn Jae Hyun will attend the first divorce mediation. This afternoon, the Seoul Family Court – the unit handling the divorce of the couple made an official statement.

Specifically, during the mediation, both Goo Hye Sun and Ahn Jae Hyun were not present, instead were legal representatives. The two lawyers reached a consensus “Ahn Jae Hyun and Goo Hye Sun agreed to divorce on July 15, 2020”. The two artists will go their separate ways and cheer on each other in the future. Goo Hye Sun’s representative, Ahn Jae Hyun, also apologized for making the public nervous after the noisy noises. 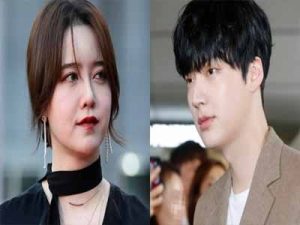 A source close to Ahn Jae Hyun revealed that the actor wanted to quickly end the divorce because of his bad mood. Goo Hye Sun’s lawyer also said she agreed to divorce peacefully. Thus, the noisy divorce of Goo Hye Sun – Ahn Jae Hyun is finally over and there will be no more lawsuits.

Goo Hye Sun and Ahn Jae Hyun met on the set of “Blood” in 2015 and quickly became a real life couple soon after. The two held a simple wedding in May 2016. In August of last year, Goo Hye Sun suddenly announced that she would divorce her husband, along with a series of “uncovered” Ahn Jae Hyun adultery. silver, heartless. Extreme, Ahn Jae Hyun filed for divorce with Goo Hye Sun on September 9, 2019.