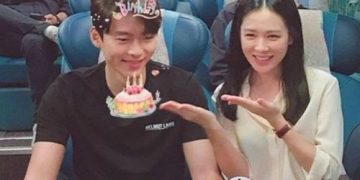 Crash Landing On You 2: Hyun Bin & Son Ye Jin petitioned to reunite with the main role, 7,000 fans simultaneously petitioned!
According to pinkvilla, Currently there are nearly 7,000 fans simultaneously signing in a petition to request the renewal of Season 2 of Crash Landing On You!
The petition is titled “Renew “Crash Landing On You ” For Season 2″ on Change.Org and it has asked for 7,500 signatures. The petition has already received 6,689 signatures (at the time of reporting) on the petition.
‘Crash Landing on You’ is truly the most influential film of Korean cinema in the first half of 2020.
The film received the love of audiences around the world, especially the film conquered the difficult audience from Japan and America.