The move involving Hyun Bin - Son Ye Jin made everyone guess, whether it was accidentally or intentionally.

Son Ye Jin's company posted a clip related to Hyun Bin and then deleted it quickly, What mystery?

Today, MS Team Entertainment – Son Ye Jin’s agency suddenly made a move that made fans of the couple Hyun Bin – Son Ye Jin have to “guess old and young”. Specifically, on the company’s official Youtube channel, a video of discovery program Hyun Bin once participated in. The fact that Hyun Bin – who is not from the company appeared was a strange thing, but even more strange is that this video is placed in the folder of Son Ye Jin.

Just a few hours later, this video was removed from Son Ye Jin’s directory, but this move did not stop the fans from wondering. Is this just a mistake or anything else hidden?

In addition, netizens also noticed that the video content was Hyun Bin talking about the sunset, coinciding with the image that Son Ye Jin once posted on his personal Instagram. This is only a very small detail, but it is enough to make fans of the couple Hyun Bin – Son Ye Jin stir. 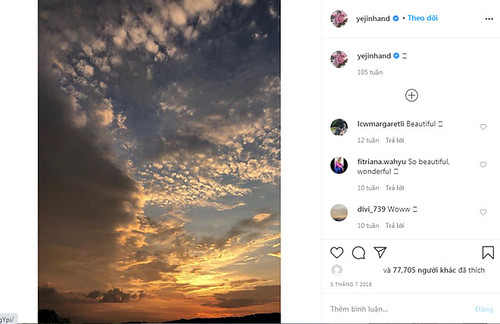 After the success of “Crash Landing On You”, Hyun Bin – Son Ye Jin was the most media-intensive couple in the first half of this year. Despite suspicion of dating, there is a series of convincing evidence, but the couple always denied, claiming that they only make close friends.