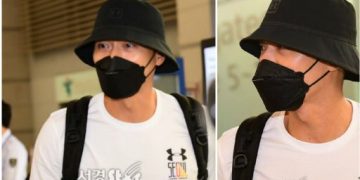 Hyun Bin became the focus when he showed up at the airport to set out for Jordan to film 'Bargaining' with Hwang Jung Min. 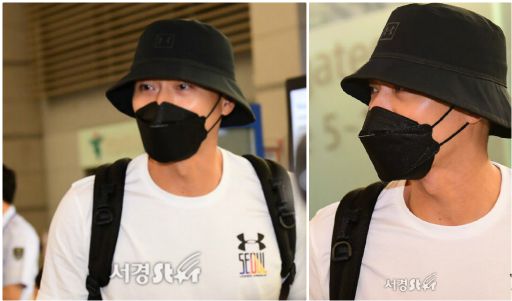 On the night of July 12, actor Hyun Bin and “box office king” Hwang Jung Min, Kang Ki Young, and Jeon Seong Woo appeared at Incheon International Airport to depart for Jordan (an Arab country in the Middle East). Reportedly, they will fly to this country to film the film project Bargaining (교섭) together. 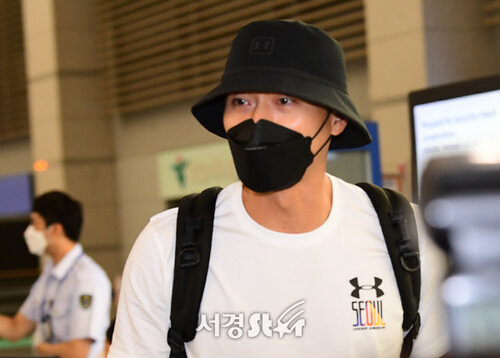 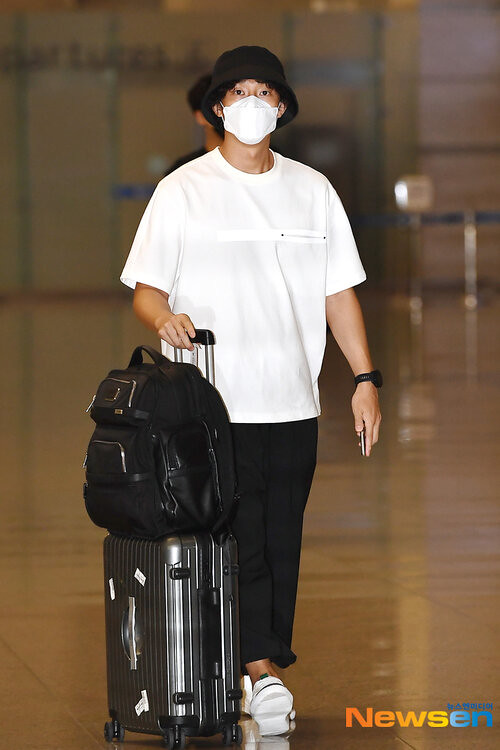 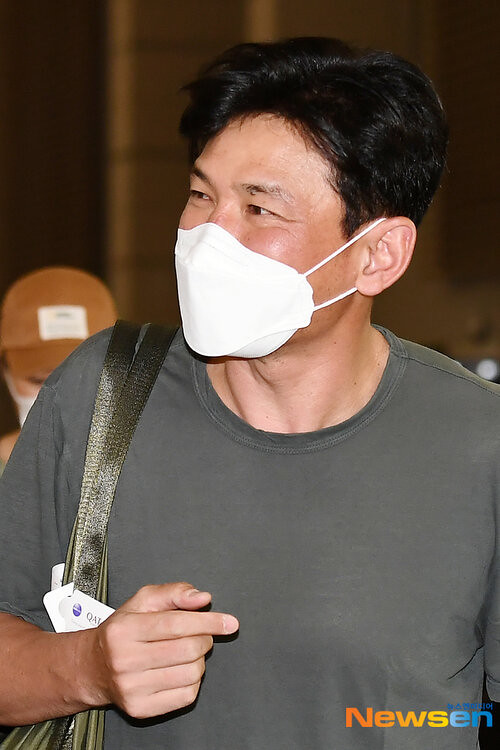 Exposing to Korean media after a long time since Baeksang Film Awards in early June this year, Hyun Bin became the focus of attention. In addition, this is his first appearance after baseless rumors about having an affair with Song Hye Kyo.

At the airport, Hyun Bin dressed in a casual outfit with a white T-shirt, combined with black shorts and leggings. He became more youthful wearing a sporty backpack, a bucket hat and a black mask to ensure safety during the Covid-19 epidemic. In addition, the male star born in 1982 with other artists also had his temperature checked carefully before boarding.

However, the moment the male star removed the mask at the airport in an instant became even more feverish. Far different from the picture on the night of the awards ceremony and most recently the image in the drama Landing on him. Hyun Bin is more masculine and seems to be returning to the “cool” look in the movie “Negotiation”, teamed up with Son Ye Jin in 2018.

Bargaining, on the other hand, tells of a kidnapping incident that happened in the Middle East and tries to rescue kidnapped victims. The film was directed by director Im Soon Rye, who was behind the success of the films Forever the Moment and Little Forest.

Initially, the film was originally scheduled to begin filming in Jordan in March. However, it was faced with emergency situations such as a review of the entire production schedule when the Jordanian government banned Koreans from entering. scene due to the Covid-19 virus. Lasting until July, the situation finally became more stable and they began to open to foreign visitors.