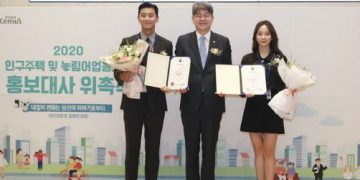 The representative of the National Bureau of Statistics of Korea said that Park Seo Joon is suitable as an honorary ambassador because of his talent in acting and building a reliable image in the public eye. 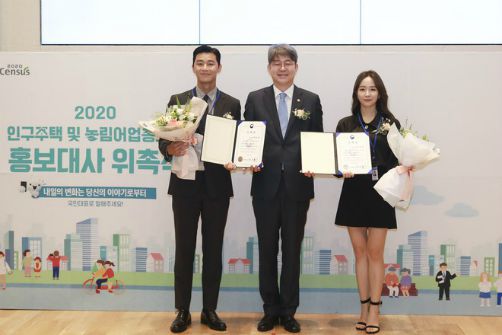 According to Soompi, a commemorative event of the Korean National Bureau of Statistics was held on August 8.7 in the Jamsil area of ​​Seoul. In this event, actor Park Seo Joon is one of those who have been appointed honorary ambassadors for the Census of Population, Housing and the 2020 Agricultural, Forestry and Fishery Census. As a result of the Covid-19 epidemic, the event was attended only by a small number of representatives.
The representative of the National Bureau of Statistics of Korea explained, “Park Seo Joon is an outstanding actor who builds a reliable image through movies, dramas and variety shows. and accuracy is our key criterion in the census so we believe he is the right person to be our honorary ambassador. ”

Find out the secret dating place between Park Min Young and Park Seo Joon, turns out to be like Hyun Bin – Son Ye Jin? 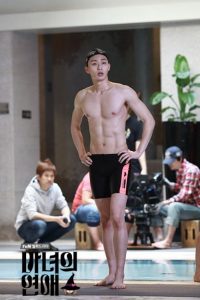 Park Seo Joon shared, “I’m glad to be appointed honorary ambassador for the census. This is a large-scale event that happens every five years. I will do my best to help.” achieve the 100% participation rate target “. He also emphasized: “I think census information is very important. It becomes the basis of all policies in Korea. Information collected through census will provide data. exactly to shape policies related to welfare, transportation, education and other fields. ”
As an honorary ambassador, Park Seo Joon will attend various online and offline activities to encourage citizens to participate in the upcoming census.
Park Seo Joon was born in 1988. He started his acting career in 2011 with a small role in the movie Dream High 2. Since then, Park Seo Joon has spent a long time to assert himself on screen. . He made his mark in many popular dramas such as: What’s Wrong with Secretary Kim, Fight for My Way, She was pretty and most recently Itaewon Class. The actor is loved by many viewers because of his handsome appearance, hard work and diverse ability whenever he receives a new work.