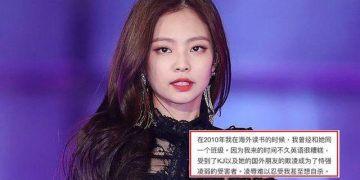 Right after BLACKPINK comeback, BLACKPINK's Jennie got caught up in a series of fuss.

Recently, on Sohu, there was an article causing a stir in social networks, especially for those who love the group BLACKPINK. A netizen who identified herself as a classmate of Jennie suddenly voiced accusations that this powerful girlgroup member had bullied her when she first enrolled in the school because … English was not fluent. Worth mentioning, the victim shared that she was so frustrated that she thought of committing suicide.

This person did not identify Jennie by name, instead used the acronym “KJ” (thought to be Kim Jennie). According to the story, KJ was born in 1996, and the other was born in 1995, both studied the same course. In 2010, when he just arrived in New Zealand, when English was not fluent, this person was severely bullied and humiliated by KJ and her foreign friends, making she want to commit suicide.

Talking about KJ’s acts of bullying when he was in school, this person said, they always had to follow KJ’s extreme instructions, each of them took the juice bottle and threw it in the trash, disparaging people. This ugly then laughed out loud. 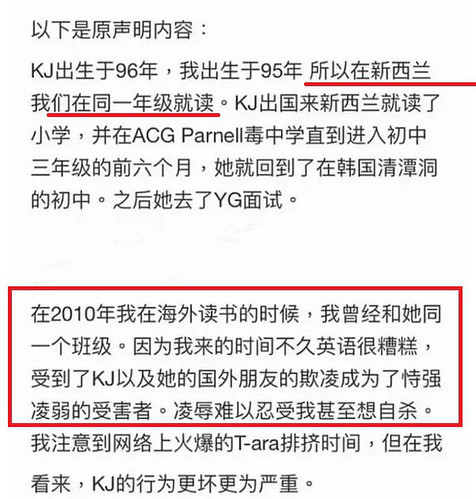 A netizen shared that she was bullied by KJ. In the article, there is one detail that is KJ going back to Korea then going to YG casting 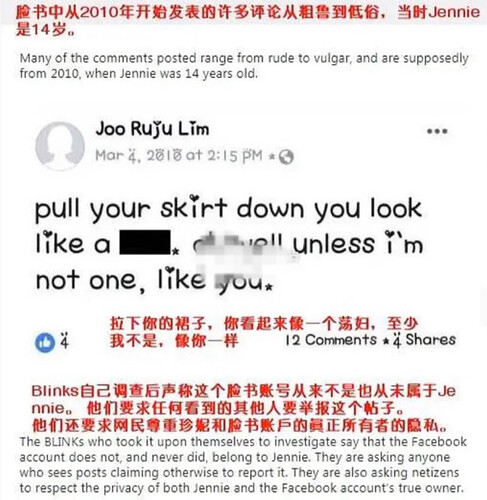 A netizen contacted and asked if KJ mentioned in the lesson was Jennie or not, this person confirmed that it was Jennie, both were classmates.

In addition, Sohu also shared the information about an account that BLACKPINK’s Jennie used when she was 14 with obscene and offensive words. If the words netizens (supposedly taking the same class with Jennie) are true, this will be the next Scandal that Jennie suffered. After the lazy dance scandal, Jennie was again entangled with frantic fuss. It is worth mentioning that after the Jimin bullying scandal (AOA), the topic of emotional violence became even more noticeable.