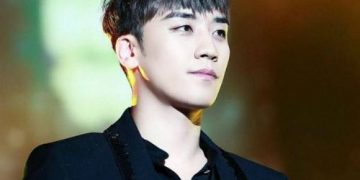 According to South Korean media, Seungri will be tried on eight counts including sex trafficking in ground combat command court.

According to an exclusive report from media agency News1, former Big Bang member Seungri (whose real name is Lee Seung Hyun, 30 years old) – who was indicted for prostitution fraud for investors and involved in gambling. Abroad, will be tried at the ground operations command post in Yongin, Gyeonggi Province (South Korea).

Previously, on January 30, Seungri was officially prosecuted for non-detention. However, the first trial date has yet to be set due to changes in the court after the male idol enlisted.

According to a South Korean military official, on July 5, Seungri’s case was transferred to the criminal agreement department of Seoul Central Court. The male singer enlisted in the army on March 9. After 5 weeks of basic military training at the boot camp, Seungri was transferred to a unit of the 5th Army Corps.

The exact reason for the transfer has not been disclosed, but this action was taken when considering the severity of the problem. The purpose of this action is to conduct trials at higher levels and to resolve them on a thorough level.

Previously, Seungri has been charged with gambling several times in Las Vegas and other countries for about 3.5 years, starting in December 2013. The singer was also indicted for failing to report before borrowing money to gamble in US dollars (in violation of the Foreign Exchange Trading Act).

Included in the prosecutor’s indictment are allegations of organizing prostitution from September 2015 to January 2016 to foreign investors and illegally sending female bodies through Kakao Talk.

Yoo In Seok – former CEO of Yuri Holdings who also runs the Monkey museum with Seungri, acknowledged allegations of prostitution and embezzlement at the first trial held in the central court district of Seoul on 15 / 5. Ms. Choi, a female employee of the entertainment facility, was put on trial and admitted to participating in the alleged sex trade at the trial.