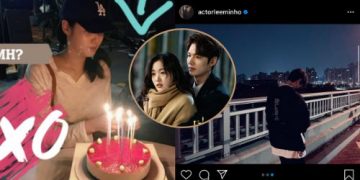 On July 7, an article appeared on social networks showing evidence of dating between Lee Min Ho and Kim Go Eun. Previously, the couple had been suspected of developing Love Love because of the intimate action series on set. 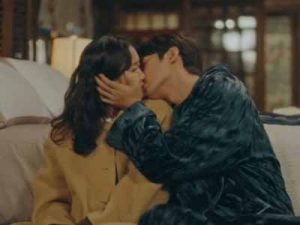 Even in behind-the-scenes videos, Lee Min Ho is even more friendly and affectionate with his co-stars than the official scene. The 33-year-old actor is not afraid to joke and cuddle his co-star despite the cut scene.

When seeing Kim Go Eun crying because she officially closed the immortal monarch, Lee Min Ho rubbed her head to comfort her. In the past, the actor rarely acted similarly with other female co-stars.

In photos taken by fans accidentally, Lee Min Ho is always watching Kim Go Eun and giving her a sweet look. On Pann, the audience of kimchi commented, “Just by looking at your eyes, Lee Min Ho likes Kim Go Eun very much”. 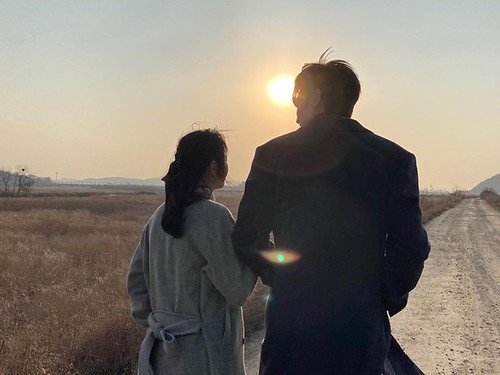 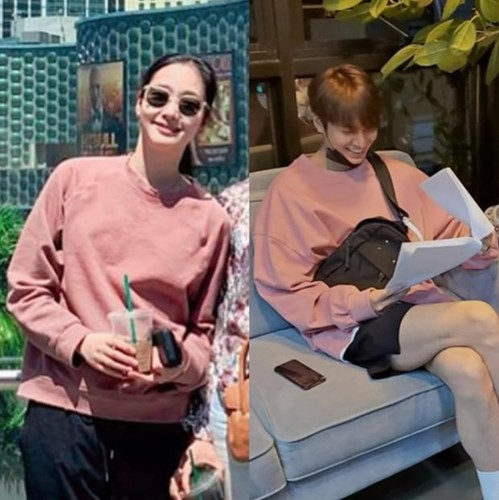 The questioning of Lee Min Ho and Kim Go Eun dating began to rumor when the actor repeatedly shared photos with his co-star on his personal page. On May 22, he uploaded two photos taken with her and commented, “I and Jung Tae Eul hold hands and look into each other’s eyes.”

Kim Go Eun is the only girl who ever appeared on Lee Min Ho’s personal account. So far, Lee Min Ho has only posted his mother’s picture on his social media account. Ex-girlfriends including Park Min Young or Suzy have never appeared on his personal page. The actor did not share photos of any female colleagues even though he has collaborated with many beauties such as Jeon Ji Hyun, Park Shin Hye … Recently, fans also discovered the real couple kill wear a double shirt.

On Kim Go Eun’s birthday (July 2), Lee Min Ho uploaded a background music video about love. Korean netizens realize that the actor has a habit of posting photos when filming / taking pictures for newspapers, traveling or on a special anniversary. Therefore, the actor posted a video of walking the Han River on the birthday of Kim Go Eun made the fans stir.

In addition, some fans also gave evidence that the two stars were together on July 2. Accordingly, Lee Min Ho and Kim Go Eun are said to have accidentally left shadows in each other’s photos. 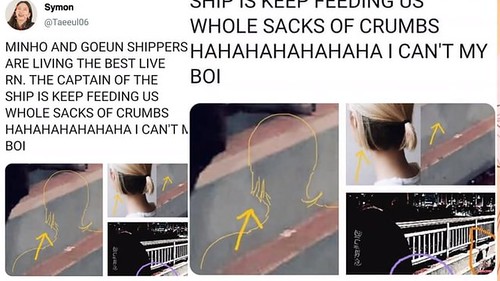 Fans are quite excited at the series of photos proving the closeness of the couple and hope the two will openly express their love soon. “They’re both quite old (29 and 33), dating 1-2 years and getting married like Ji Sung and Park Bo Young is beautiful”, “I support two people who love each other”, “You two are so beautiful. “… are the comments that support the love of the couple.