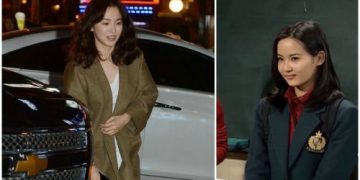 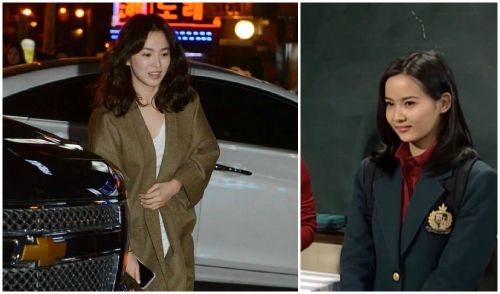 According to Mydaily, on July 4, actress Jo Yeo Jeong posted on her Instagram account an old photo taken from high school, when she was still a new face of the actress village.

The description that goes with the picture says: “Yesterday an acquaintance sent me this picture. It was taken when I was first released in 1998, when I was in my second year of high school. ” 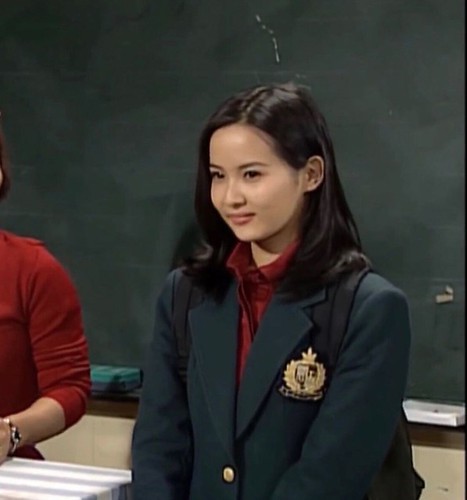 Shortly after the picture was posted, Song Hye Kyo commented, “I’ve met this girl before” with a smiley icon. Jo Yeo Jeong then responded with a hilarious comment, “That’s right, when I first transferred to the school, you helped me a lot.” While pursuing art together, they often communicate with each other, but the two rarely share their friendship in the media.

Actress Lee Chung Ah also commented below Jo Yeo Jeong’s senior post: “Unnie (me), looking at me right now is no different from back then.” Jo Yeo Jeong responded to Lee Chung Ah with a comment including a smiley emoticon and a heart emoticon.

In 2019, Jo Yeo Jeong is known all over the world for her role as the wealthy hostess in the movie Parasites. Photo source: Instagram.
The lovely and youthful response of the trio of female stars over 35 years old made fans excited. Currently, Jo Yeo Jeong’s youth photo has received 25,000 Likes and 244 comments on Instagram.

Jo Yeo Jeong started her career as a model, she embarked on a film career at the age of 19. The actress impressed the audience with sexy and daring roles on the big screen.

As for Song Hye Kyo, although the beauty is quite quiet recently in both the art field and appeared before the media, her cyber activities still attracts a lot of attention. 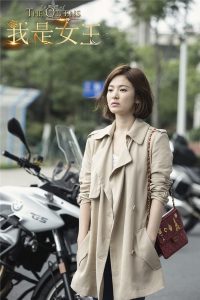 On June 24, Song Hye Kyo posted on Instagram an image of participating in the launch of the movie #Alive, which just reached 1 million viewers in Korea shortly after its debut.

This is considered the breaking of Song Hye Kyo exclusively for close friend Yoo Ah In during the period of beauty limited to appear before the domestic media.