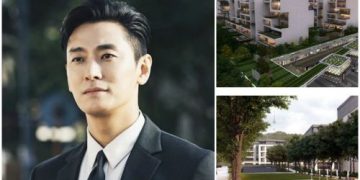 Joo Ji Hoon recently purchased an apartment in the 91 Hannam mansion. After buying a luxury home, Joo Ji Hoon became a neighbor of G-Dragon and other famous stars. 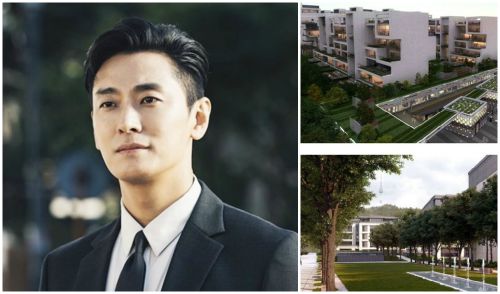 Recently, Korea Star Daily reported that actor Joo Ji Hoon had just bought a villa at the high-end 91 Hannam, Yongsangu, Seoul. The Korean newspaper judged this to be the most high-class area in Korea, frequented by many famous businessmen and artists.

The source said that the 38-year-old star thought about getting married, after a long time, focusing on art. Therefore, Hannam 91 High-class Zone is considered as Joo Ji Hoon’s ideal choice to prepare for marriage. After buying a luxury apartment, he officially became Jun Ji Hyun’s neighbor, G-Dragon.

With such expensive cost, 91 Hannam promises good conditions to meet the needs of buyers. They also ensure the owner is not disturbed, the private life is absolutely confidential. The apartment is only about 1 km from the center of Seoul city.

Ideally, each high-class apartment here has dedicated parking, can fit 4 cars. Therefore, the Korean media has confirmed that this is the ideal location for the crown prince Joo Ji Hoon.

Before that, many Korean stars chose 91 Hannam as their destinations. Many stars who live and own the villa here include Kim Tae Hee, Jun Ji Hyun and G-Dragon. Korean media were surprised at the wealth of Big Bang members when he moved to an attic in 91 Hannam worth USD 7.3 million.

Joo Ji Hoon was born in 1982, was called the crown prince by the public when he took on the role of Shin in the movie Royal Palace. At the peak of his career with a series of heavyweight roles, he caught the scandal of using banned substances.

Joo Ji Hoon was boycotted by the public, TV stations banned radio for a long time. A series of movie projects, lucrative contracts until fan meetings were completely canceled.

For 10 years, the 38-year-old star strives to rebuild his career. Joo Ji Hoon was gradually accepted by the public.