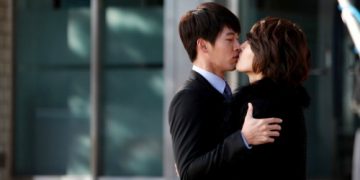 Korean drama makers are more cautious about showing LGBT characters on the small screen, because there are still prejudices about homosexuals somewhere.

In 2010, the drama Secret Garden caught the attention of same-sex kisses between the characters Kim Joo Won (Hyun Bin) and Oska (Yoon Sang Hyun). This involuntary lip touch occurred when Joo Won was carrying the soul of the female character. The Secret Garden crew tried to staging how to make this controversial scene humorous. When asked about the kiss with his gay partner, Hyun Bin once replied, “It’s normal”.

In fact, in Korea there are still many preconceptions about homosexuals. Korean audiences do not easily accept that male-female, female-female stories touch intimately on small screens, or furthermore, LGBT characters take the center position in a movie. 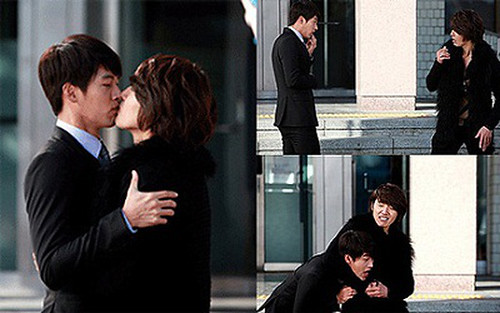 But in the future, they will probably have to get used to it. The producers of kimchi dramas are gradually eliminating prejudices and misconceptions about homosexuals by breaking the way of exploiting this type of characters.
Kim Chul Kwon, an expert from Dong A University, said that the explosion of the LGBT community on the small screen, even the big screen, could “change the stereotypes and attitudes of Korean society towards with the above mentioned minority group. ” But it is a long journey, and there are still obstacles that are hard to remove. 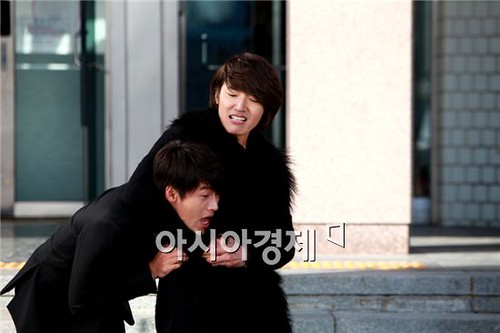 According to The Korea Herald, male actors – who turn into gay characters – sometimes have to receive negative and cynical views because of their roles on the small screen.

Besides, the intimate contact between men – women and men in Korean dramas (not to mention movies) is still rare. Usually, those sensitive scenes will be choreographed and modified to become more comical, such as the kiss between Hyun Bin and Yoon Sang Hyun in Secret Garden.

On television, the kiss scene between the two male actors must be skillfully done, in the direction of humor to avoid controversy.
Because of the bold lip lock segment between two high school girls, Seonam Girls High School Investigators was criticized by many viewers. Accordingly, the Korea Communications Standards Commission (KCSC) stepped in, issued a warning sentence and said that the above work was breaking the norm.

The decision of KCSC once sparked outrage in the LGBT community. They openly condemn the unreasonable action from the Korean Communications Standards Commission, and at the same time, argue to the end to bring justice to the movie, as well as its community.