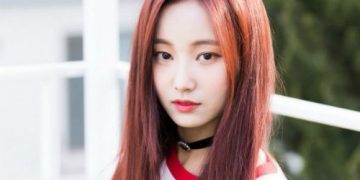 Yeon Woo said she had gone through hard and painful times. The female singer's post made the audience think that she meant being forced to leave Momoland. 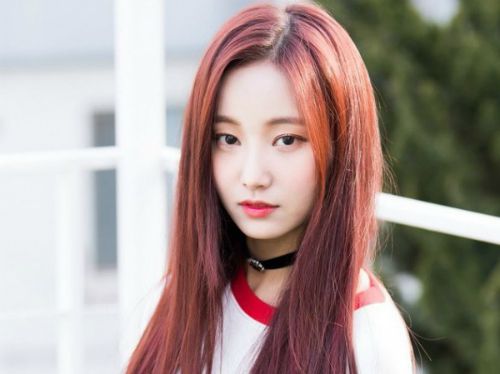 After Mina (former AOA member) voiced accusation of leader Jimin for bullying her for 10 years, Yeon Woo also wrote an article about Momoland on the personal page.

The singer wrote: “Is everyone sleeping?

I’ve had a lot on my mind for the past couple of days, so I’m coming here at this late hour. It’s a bit of a serious topic but as always, there isn’t anything big.

Whenever I turn on a livestream on Instagram, tough topics keep coming up in the chat. And if I don’t respond to them, there are those who get angry at that.

Everyone. How many people out there have the courage to cleanly give up everything they dedicated their youth to for something new? I am not that bold. And I don’t have the will to do that either. Not in the past and not in the present. All I did was hold back, endure, and hold on but it was no use. I didn’t betray you all out of greed of wanting to do something else. Do you know how painful it is to be misunderstood and criticized by the people you love? Please stop. You know that I can’t explain everything. Why do some people still hang on to words that didn’t come from my mouth, thoughts that didn’t come from my head, and actions that I didn’t do?

And I don’t want to get hung up on the changes I underwent and how difficult it was. I don’t want to cry anymore. I just want to draw a future with you, the people I love, and be happy. We’ve gone through enough tough times, haven’t we?

Everyone, I know that the majority of people here are those who love and trust me, but I really have nowhere else to say this. I felt like speaking in an open space would not be proper, so I came here. I’m sorry.

Even if you hate me, I love you all. Just. I know my words could feel like a burden. But I’m putting in the effort to do well. As long as people recognize that, I would be so, so grateful. It’s late, I’m sorry. Goodnight. ”

Yeon Woo made fans nervous when talking about hard times.
“How many people out there are brave enough to give up what they’ve spent their youth pursuing and coming up with something new. I am not that daring. I do not have the will to do it, past and present. What I did was stand alone, but it didn’t work, “the singer continued.

Yeon Woo emphasized, “I am not betraying you for being greedy to do something else. Do you know how painful it is to be misunderstood and criticized by the people you love? Please stop. You know I can’t explain everything. Why do some people continue to make up words that don’t come from my mouth or my thoughts. I do not want to stop with what went through. How hard it was at that time. I do not want to cry anymore. I just want to paint a new future with the people I love and be happy with. ”

The singer said that she had no choice but to express her feelings publicly. “I have to do this to feel alive. Everyone, I know that most people here love and trust me, but I really have nowhere else to say this. Even if you hate me, I still love you. I know my words can make people feel like a burden. But I’m trying to do well. As long as people realize that, I will be very grateful. ”

Yeon Woo is one of the most popular members of Momoland. In 2019, the agency suddenly announced that the singer left the group to pursue an acting career. At that time, many fans criticized Yeon Woo for abandoning the group to develop his own career. However, through the new post of the singer, the audience said that she was referring to being bullied, forced to leave Momoland.

Neither Yeon Woo nor Momoland’s management company has provided specific feedback on the issue.