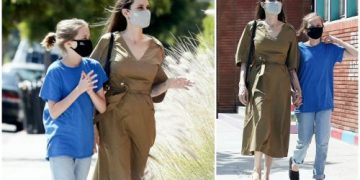 Angelina Jolie and her children wear masks when shopping for months at home to avoid epidemics.

On June 3, Angie and 11-year-old daughter Vivienne walked down the street. For months, the actress and her children did not go out, following the government’s order. 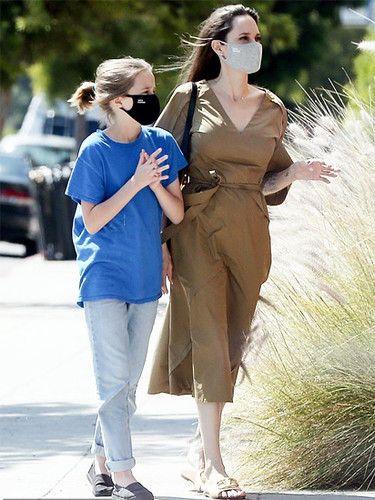 After joining Brad Pitt, the actress and her six children moved to a new mansion in Los Feliz, Los Angeles. According to Harper’s Bazaar, Angie repeatedly expressed her desire to go to another country to live. However, she and Brad Pitt agreed to stay in the US to raise children together. She plans to move when six children are over 18 years old. 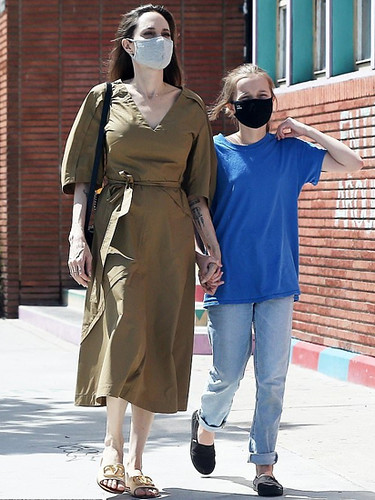 On June 2, she also took Vivienne shopping at a supermarket near her home. Both wore masks, wearing rubber gloves to avoid contact with strangers. According to the NY Times, the number of Covid-19 infections in the US increased by 80% in the past two weeks. The majority of new infections have emerged in states such as Florida, Texas, which eased social distance, allowing restaurants and bars to reopen in late May.

On June 30, Brad Pitt was discovered to come to Angelina Jolie’s house for about two hours. The relationship between the couple is not as stressful as before after reaching a divorce agreement. Earlier this year, the two took care of their daughters Shiloh and Zahara.