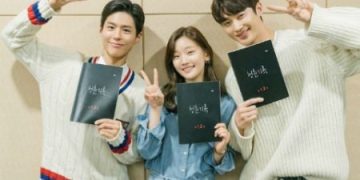 Park Bo Gum and Park So Dam were radiant during the script reading, They looked really nice and expected to have good chemistry in the movie. 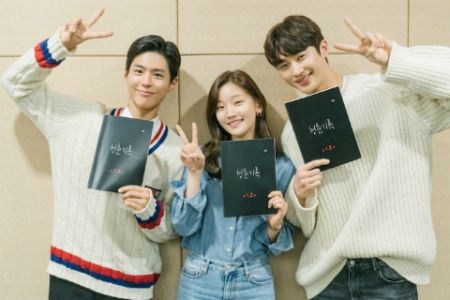 On July 2, tvN released a video recording of the behind-the-scenes reading of the script of the cast in the upcoming broadcast of Record of Youth. As the video shows, the atmosphere of the script reading session takes place extremely comfortable, fun and accompanied by laughter. All actors including Park Bo Gum, Park So Dam, and Byun Woo Seok all attentively read the script and tried to immerse themselves into their characters. 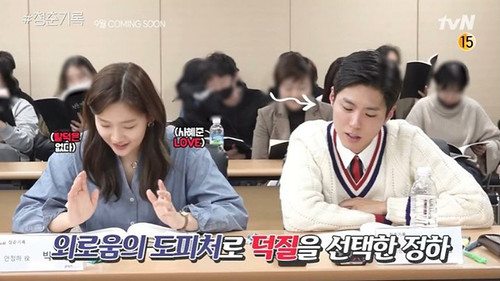 While Park Bo Gum greeted them one by one, Byun Woo Seok showed that he was very friendly and talked to people. In the introduction, Park Bo Gum said, “I hope this will be a memorable movie with good memories. I will try my best.” “I hope everyone will be safe and healthy until the drama is over,” Park So Dam said. Byun Woo Seok also added, “Hopefully everyone will not get hurt during filming.”

The first script reading ended successfully and the actors also expressed their feelings. Accordingly, Park Bo Gum commented, “I think the movie is a precious moment to return to youth.” Byun Woo Seok shared, “It was great to be able to act with so many actors like this.” Park So Dam hopes that everyone will wait to see their new movie and Park Bo Gum will love this movie as well as hope everyone will be happy.

The production team of Record of Youth said about the script reading: “It was a moment where we couldn’t take our eyes off the actors because they made the characters in the movie more realistic. The actors and actresses are strong and it is shown through the script reading.The content of the film reflects the realities of the lives of young people who try to achieve their dreams and love in In our youth, we will bring a smile and a warm story that anyone can feel. ”

Record of Youth is a film about young people in the modeling industry. The film revolves around the story of young people living in a world where they have to choose their own path, and the dream is a luxury that not everyone can afford. However, their youthful passion drives them to dream.

Park Bo Gum will play the role of Sa Hye Joon, a realistic young man who dreams of becoming a model and an actor. He has a bright and warm personality but also knows how to see the world objectively.

Park So Dam will play the character Ahn Jung Ha, who dreams of becoming a makeup artist. She is a sensitive, hard-working character who is good at judging her own abilities. She was not easily moved by what happened around her and walked steadily on her own path. Her goal is to abandon inner unrest and find stability with her own feet.

Byun Woo Seok will play the role of Won Hae Hyo, a model and actor who is close friends with Sa Hye Joon. He is someone who wants to be acknowledged for his hard work rather than for his wealthy background. He is a good gentleman, but he also lives in life with fierce competition.