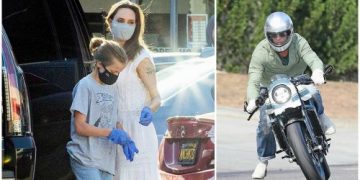 The actress went shopping with her daughter Vivienne in Los Angeles. 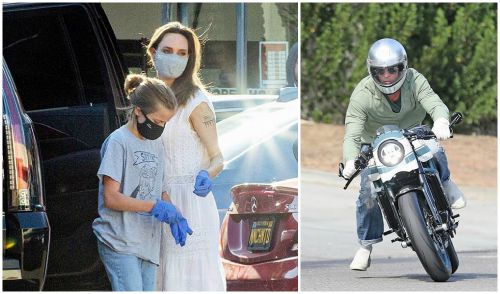 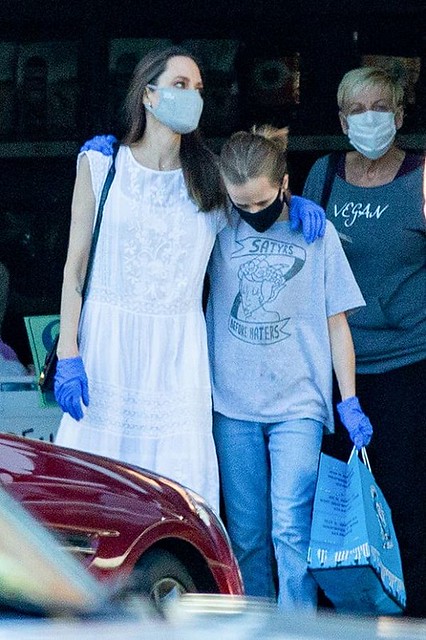 The actress wore an elegant white dress and brown flats. She and her 11-year-old daughter are still careful when wearing masks and gloves amidst the epidemic situation is still tense in the US. Angelina expressed disappointment when she was photographed by paparazzi. Many people wonder what happened when she and her ex-husband recently met at the actress’s house. 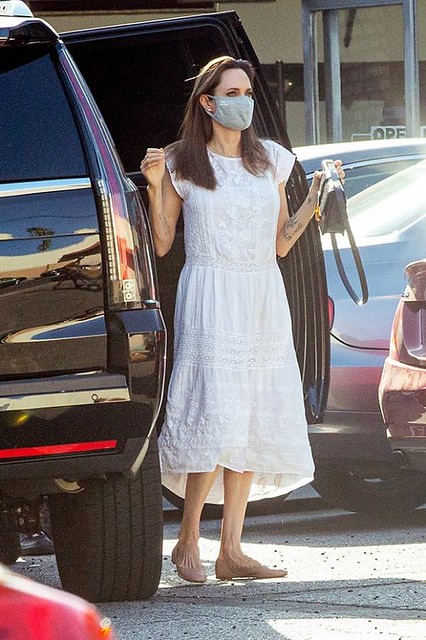 Earlier, the image of Brad Pitt leaving Angelina Jolie’s house in Los Angeles caused a stir. This is the first time the paparazzi has captured the moment when the actor went to his ex-wife’s residence since the two broke up in 2016. 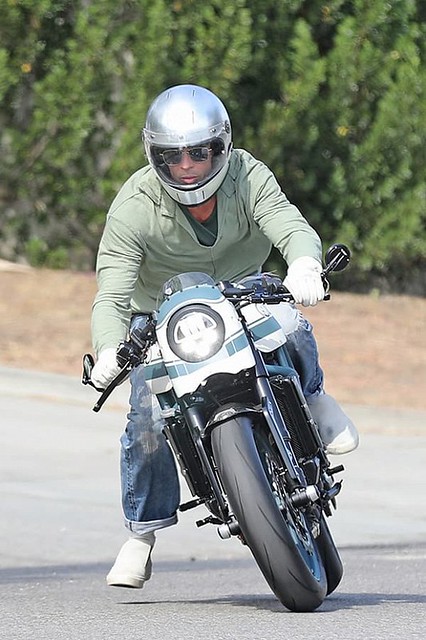 In September 2016, Angelina Jolie shocked the world when she filed for divorce from Brad Pitt. Currently Angelina is still in charge of looking after and nurturing 6 kids. The relationship between Jolie and Brad was relieved than before. Brad Pitt can now meet, improve the romance with the children. However, after nearly 4 years, the couple has not completed the divorce procedure.