“Saving” like Kim Soo Hyun: 7 years still wearing a pair of sandals, from Secretly Greatly to It’s It’s Okay to Not Be Okay!

The couple Hyun Bin and Son Ye Jin are still enthusiastic fans "pushing the boat" into a real life couple.

Meeting Son Ye Jin and Hyun Bin in the airplane lounge, fans were like "sitting on a fire" waiting for dating news!

Recently, on the social network has suddenly appeared rare photos of Son Ye Jin and Hyun Bin. Reportedly, this is a picture of the two waiting in an airplane waiting to fly to Mongolia to film Crash Landing on You last year. 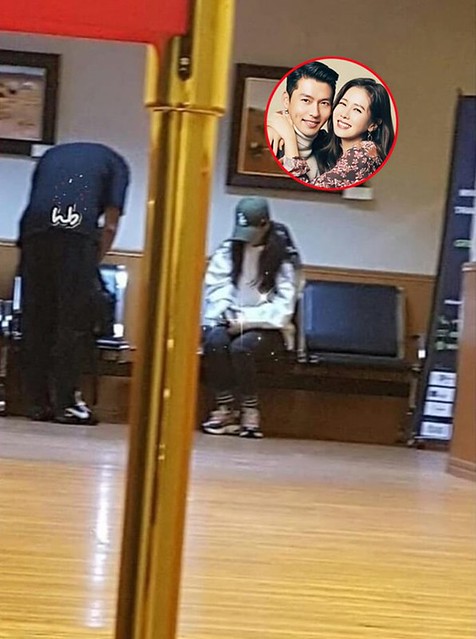 The photo was taken quite a long time but until now was published but made the fans fever. This is a rare moment of couple Crash Landing on You in one place. Reportedly, the time the photo was taken was when Hyun Bin and Son Ye Jin checked in and sat in the waiting room, with no manager around them.

In the picture, Son Ye Jin dressed in white, wearing a hat and looking at the phone. Meanwhile Hyun Bin dressed in black, stood next to the beauty and was looking for things in his pocket. Although the picture was not taken clearly, it still made the fans of the two people happy to see the couple together. Some fans even believe that both of them soon declared they were in love and prepared to get married. 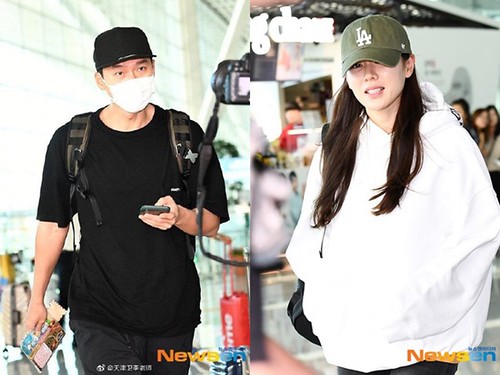 In fact, before filming Crash Landing on You, Hyun Bin and Son Ye Jin had seen the supermarket together. Although involved in dating questions, but they assert only close friends. However, the audience did not believe this justification and a “push the boat” for the couple. By the time Crash Landing on You was broadcast, rumors of two people’s feelings resurfaced. 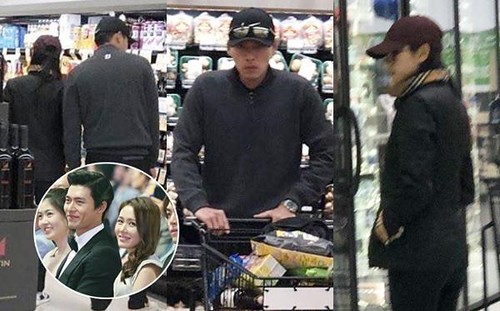 Moreover, in the interviews about “best friend” Son Ye Jin, Hyun Bin always praised. Specifically, he stated, “There is no perfect choice for the character Yoon Se Ri (role in Crash Landing on You) other than Son Ye Jin.

Son Ye Jin is one of my best partners. As an actor, I have seen and learned a lot when we work together. She was always full of ideas and that inspired me. ”

As for Son Ye Jin, she asserted that because the main man of Landing where he was Hyun Bin, she chose to participate in this project. Moreover, Son Ye Jin also liked the image of her fanpage “pushing the boat” with Hyun Bin. This post also has a series of hashtags that support her and her “best friends of the same age” dating.

Also because of being so beautiful, so affectionate and always giving his favor to each other, Hyun Bin and Son Ye Jin are always assigned by fans. Although the two main characters have repeatedly denied it, fans still hope that one day both of them will declare their love to be true.