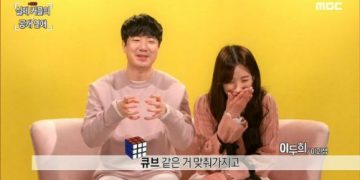 The information about the marriage of Kpop idol girl - former Rainbow member and CEO Lee Do Hee has made Korean netizens send congratulations.

Former Rainbow member Jisook and CEO Lee Doo Hee surprised many fans by announcing they would get married in October this year. The couple said they discussed the issue with their families on Mother’s Day, and began to prepare for the wedding from that point on. 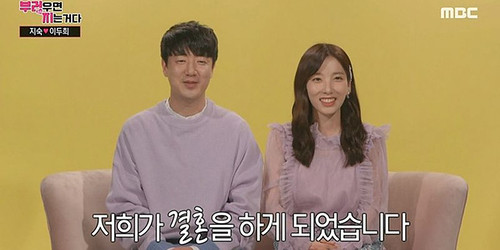 However, things are not easy at all. Due to the effects of the COVID-19 pandemic, many couples cannot get married in the first 6 months of this year. “The wedding venue has been fully booked. But we can not surrender to fate. Instead of waiting for the right day, we only need the wedding room to fill in the date, we will organize the wedding day ”, the CEO shared.

Jisook’s agency has also made an official announcement:

“Hello, this is Starit-ENT. We would like to announce the good news of Jisook to her fans. Jisook and boyfriend Lee Doo Hee will get married in October this year. They are preparing for this great day little by little. We hope you will send Jisook wishes, because she is about to enter a new journey in her life. We will try our best to reciprocate your love for Starit-ENT. Thanks”.

Previously, the two had officially dated in October 2019, but was controversial because of the differences in appearance. Jisook started his career as a member of the band Rainbow in 2009. During his active period, Rainbow had a number of “hits” such as “Sunshine”, “Gosship Girl” or “MACH”. After the group disbanded in 2016, she continued to develop her career as a solo artist. Meanwhile, Lee Doo Hee graduated from Seoul National University and is acting as the CEO of a company operating in the field of information technology.

When the information about Jisook and Lee Do Hee’s marriage was posted on the media, many netizens sent congratulations to the couple:

[+207, -6] I watched the show on TV. Congratulations to the couple! I was moved when I saw the other’s concern. Great news, you two are happy ^^

[+12, -1] In the past life he had to make a glorious feat when defending the country, now he can marry a complete woman like Jisook.

[+6, -0] Jisook has a good personality and has worked really hard. I hope you two will hold hands for the rest of this life. Congratulations!