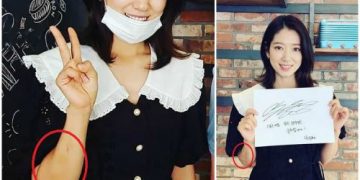 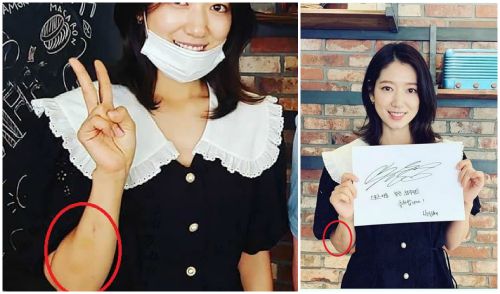 Recently, a number of photos of Park Shin Hye have been posted online. In these photos, she wore a black dress, using a mask to ensure safety during the epidemic season. Shin Hye can be seen skinny. She also revealed many bruises on her arms.

Reportedly, Park Shin Hye focused on filming the new movie “Sisyphus: The Myth”. Because of the action, rolling in this work, she was scratched and bruised as in the picture.

“Sisyphus: The Myth” is a science fiction film. The movie is about a genius engineer who meets a man from the future to stop war. Joining this project with Park Shin Hye is actor Cho Seung Woo.

In addition, at the moment, Shin Hye also promoted the movie “Alive” starring with Yoo Ah In. According to official records recorded the highest number of viewers on the first day since the outbreak of COVID-19 in the land of kimchi.

The purple marks were evident when Shin Hye attended the VIP screening of the movie “Alive” with Yoo Ah In.