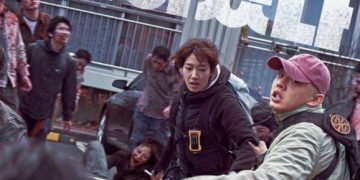 "#Alive", the zombie movie starring Park Shin Hye and Yoo Ah In, started off brilliantly at the domestic box office.

#Alive, a zombie movie starring Park Shin Hye and Yoo Ah In, has just set the record for the highest number of viewers on the first day since the epidemic broke out in Korea.

On June 25, the Korean Film Council issued an official announcement, the movie #Alive – premiering from June 24 – attracted 20,071 moviegoers on the first day of its release. As of 8:50 am on August 25 according to Korean time, the number has increased to 208,077.

This has helped #Alive to become the biggest box office in the box office since February of this year – when Korean cinemas started closing the translation room.

Even more impressive, #Alive is also the second highest-grossing movie in Korea in the first 6 months of 2020. The film topped the list is a dramatic, starring drama. by actor Lee Byung Hun – The Man Standing Next. Lee Byung Hun’s new film debuted in January, drawing 252,058 viewers on its opening day.

#Alive is a survival action film set in Korea after a mysterious disease broke out that infected people turned into corpses to attack the good. Because of the rapid spread of the epidemic in Seoul, survivors were trapped inside the apartment with no telecom signal.

Yoo Ah In and Park Shin Hye take on the leading roles of Joon Woo and Yoo Bin of #Alive. The two survivors must find a way to survive in the isolated city, unable to call or text for help in the outside world.

On June 23, actress Song Hye Kyo posted on Instagram Story a photo of the VIP event scene of the premiere of the movie #Alive, informing her fans of her participation in the event. This is considered a move to show the support of the beautiful people for actor Yoo Ah In and his new movie.