Jung Sora – Miss Korea is rumored to be in love and dating Lee Min Ho!

Currently Hyun Bin, Ji Chang Wook is leading the "Most-Handsome Korean Actor Of All Time" in an online poll.

Although Crash landing on you has ended, Hyun Bin’s name is still loved by many audiences around the world.In a poll for the most handsome Korean actor of all time, Hyun Bin was excelling at the top with many votes. Specifically, to the time of this writing, he achieved 2370363 votes from facebook accounts and 154107 votes from accounts on social networking platform Twitter. This is a really big number. 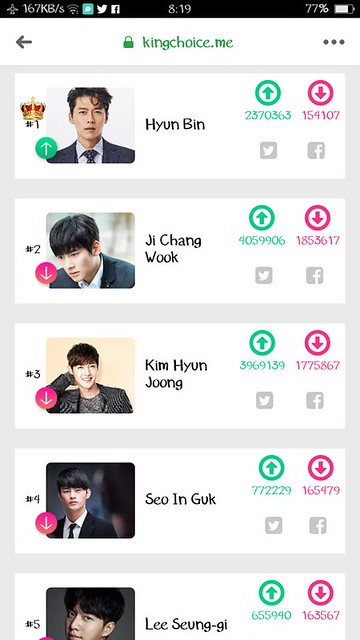 Ranked second in terms of votes is extremely handsome actor Trai Ji Chang Wook with the number of votes is also extremely large: with 4059906 votes coming from facebook accounts and 1853617 votes coming from account on the social networking platform Twitter.
Currently actor Ji Chang Wook is storming Asia with Backstreet Rookie.
The online poll will end on June 30.
So who do you think will be the winner of the “Most-Handsome Korean Actor Of All Time” title?