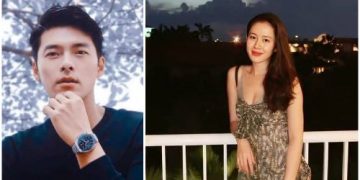 Will Son Ye Jin reunite Hyun Bin in the new movie as a Cameo ?

Will Son Ye Jin reunite Hyun Bin in the new movie as a Cameo ?

Will Son Ye Jin reunite with Hyun Bin in the new movie as a Cameo ?

Recently, a facebook group has released information that the movie producer Bargaining is contacting actress Son Ye Jin to invite her to play a cameo role in this project that makes the audience excited. 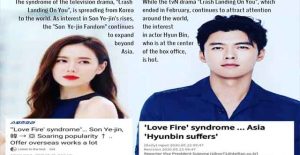 Is it possible that Son Ye Jin and Hyun Bin will continue to reunite? Let’s wait for official information from the manufacturer.

But if this is true, this movie will be very successful because it will benefit from the effects of the couple Son Ye Jin and Hyun Bin from the movie Crash Landing on You.

After a pause in recording, the movie Bargaining starring Hyun Bin was licensed to record in Jordan.

After a period of close rest after Crash Landing on You ended, Hyun Bin decided to participate in a new movie called Bargaining, accompanied by movie star Hwang Jung Min. This is a project by director Im Soon Rye and has finished filming in the country. Recently, the film has finally applied for a license that will begin recording the scenes shot in Jordan in July.

Previously, a few photos of Hyun Bin in the Bargaining backstage appeared with a bare, bearded appearance that was actively shared by netizens. It can be seen that this dusty image is quite similar to what viewers have seen in The Negotiation aired in 2018 in collaboration with Son Ye Jin.