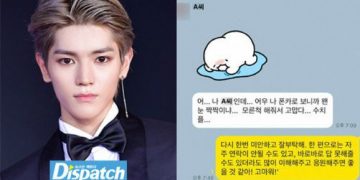 Dispatch investigated the 10-year-ago NCT's Taeyong bullying scandal and clarified the problem through testimony, messages from victims and teachers at the old school. 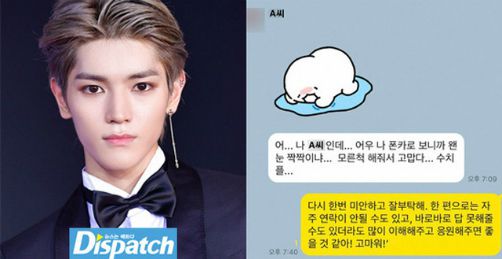 The past bullying scandal of the male idol of SM – Taeyong (NCT) has been a hot topic for many years. Although the insiders admitted and apologized, the public still could not forgive, repeatedly repeated this scandal and shouted out Taeyong’s name. Most recently, a series of fans also boycotted, asking Taeyong to leave the group.

Before this extremely hot news, the famous news website Dispatch officially entered, investigating the top of the incident industry starting in 2009, when this male idol was accused of fraud, bullying his friends when he was a middle school student. learn. According to Dispatch investigation, the case information provider has edited the relevant chat to make Taeyong’s image bad.

This is the first scandal Taeyong committed when he was a second year high school student, that is, a student in grade 8. The male idol left a comment on the online bulletin board of his class: “Wow, there are 10 people. here but it looks like there are 13 people. ” At this time, Taeyong was accused of having a “distorted” attitude, mocking his classmates’ appearance, especially those who were overweight.

10 years have passed since the incident occurred, however, on September 17, 2019, the informer B posted an article about Taeyong to MXH, asserting that he was the operator of the school’s information board. B apologized for “digging” the past, but had to speak up because Taeyong’s excessive sentences at the time were wrong. 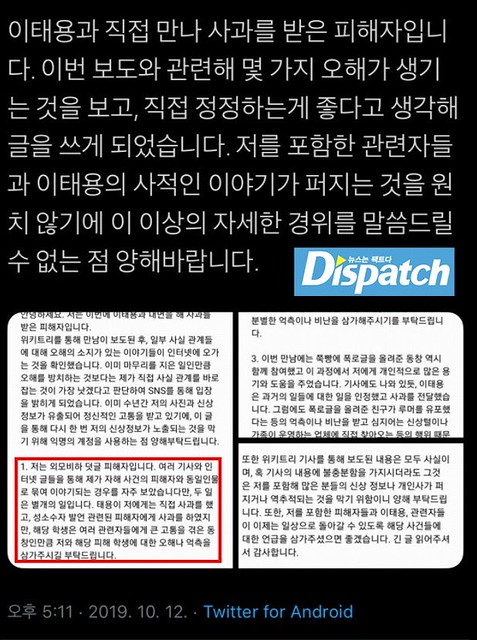 In response to this problem, Taeyong officially acknowledged the mistake through his agency SM Entertainment in October 2019. The male idol sincerely apologizes for his inappropriate attitude in the past and makes sure he will never forget, and apologize for his actions. Taeyong also went to see the victim in person to try to arrange the work, to compensate for the victim’s loss. SM then also posted official information about this meeting and the case settled down until June 2020. 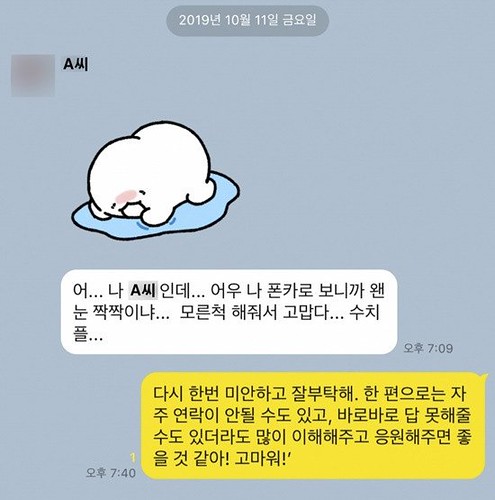 A: “Yes… It’s me… Aw man my eyes look mismatched in this phone pic… Thanks for not saying anything…”

Taeyong: “I’m really sorry again and let’s stay in touch. It might be a little difficult for me to keep in touch often, and I might not be able to respond right away either, but if you could understand and cheer me on! Thank you!” 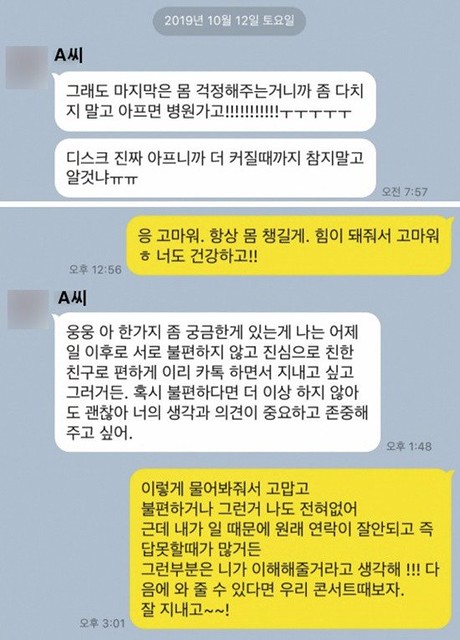 A: “Last thing, I’m worrying about your health so please don’t get hurt and if you get hurt, go to the hospital!”

Taeyong: “Yeah, thanks. I’ll take good care of myself. Thank you for the support haha, and you stay healthy too!”

A: “I have something I want to ask, after yesterday I would really like to just stay friends without it being uncomfortable, exchanging KakaoTalks like this. If you think it’ll be uncomfortable, that’s okay, your opinion is important and I want to respect that.”

Taeyong: “Thank you for asking me like this, and I don’t want it to be uncomfortable or anything like that at all. The only thing is that I might not be able to contact you that often and I might not be able to respond quickly because of my work. But I think you’ll understand all that! Next time if you can make it, I’ll see you at our concert. Take care!”

A: “Is your back okay? You’re probably gonna say it’s always okay even when it’s not.”

A: “My mom really had a hard time with her back too.”

A: “Honestly if anyone tried to say to me that your apology wasn’t sincere, I said that it really was.”

A: “I’ve always believed that when you apologized with your head bowed low, it was really sincere.”

Taeyong: “Hi, A! It’s Taeyong. Have you been doing well?”

A: “Yeah, I was watching baseball!”

Taeyong: “Oh really ^^ I wanted to invite you to our concert last time. But we can’t have concerts because of COVID, so we’re having an online concert on Sunday at 3 PM, it’s on ‘V Live’. I’ll send you a code tomorrow or the next day. Maybe it overlaps with baseball games? Haha if you have time, you can catch it.”

A: “It’s faster if you contact me through direct text. It would be great if you send me the information through text.”

Taeyong: “I’m sad that I can’t invite you to our live concert. If you go into ‘V Live’ there’s a place where you can put in this code [for NCT’s online concert]. It’s at 3 PM so if you have time, watch it ^^”

A: “Okay. It’s fascinating, these days they have no contact concerts.. good luck!

Taeyong: “Okay Thanks, and you stay safe too.”