Having a beautiful screen love between Lee Min Ho- Son Ye Jin that seemed to be forgotten, and a beautiful friendship lasting 10 years in real life!

Fans were extremely upset at the passing of Yohan (TST).

Male idol Yohan (TST – formerly Top Secret) has passed away at the age of 28. Worth mentioning just last week, he is still active on Instagram. 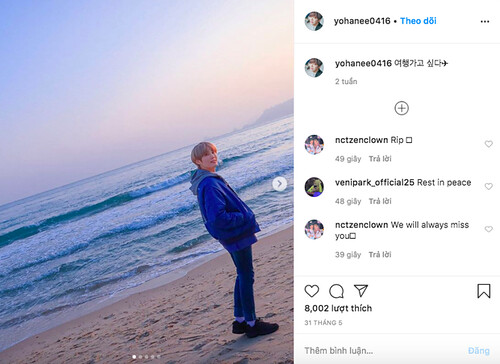 According to the exclusive hot news from SPOTV, the male idol of TST (formerly Top Secret) Yohan passed away yesterday (June 16). The cause of Yohan’s death was not revealed according to the family’s wishes. Yohan’s departure surprised fans, shocked that just last week, the male idol was still active on Instagram. Worth mentioning, yesterday was 2 months since the male idol’s 28th birthday. This information lamented fans.

Fans also left a lot of messages under the TST’s happy birthday post on Instagram since April. Born in 1992, Yohan debuted with TST in 2017 as the group’s vocalist.

It is known that the funeral to see off Yohan was arranged by the family at Severance Hospital, Sinchon, Seoul and took place on June 18. The late artist will be buried in Yongin Cemetery Park.