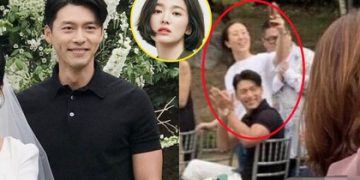 A new report shows that Song Hye-Kyo and Hyun Bin are dating again.
For the past 1 month, Sino-Korean social networking has been boiling up before a series of dating questions of Song Hye Kyo and Hyun Bin. Having parted nearly 10 years ago, the two reuniting are considered as “the explosion of Asian media” because both are so beautiful. The evidence to suspect the secret couple dating back is becoming the focus of the press.

In a recent development, the QQ site reported that Chinese netizens have found a new evidence that the relationship of a hot couple was “hot” again. In particular, neitzen realized that Hyun Bin’s friend Song Hye Kyo had a wedding photo of Hyun Bin’s friend. The two sat side by side and appeared close.

Previously, Hyun Bin’s long-time stylist unexpectedly pressed the follow button Song Hye Kyo, the actress also pressed the follow-up button. On Instagram, Song Hye Kyo’s close friend also posted a photo of the two of them together, netizens quickly discovered the beauty of “Descendants of the Sun” wearing a necklace with two H-S letters that are supposed to abbreviate their surname. 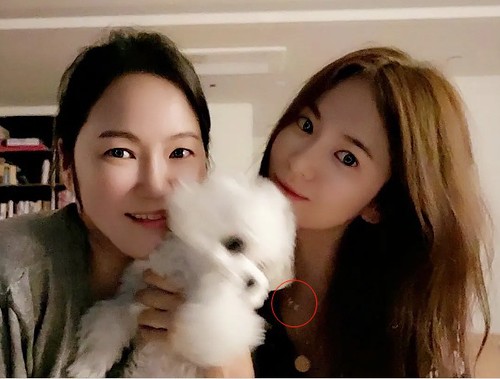 It was reported that Song Hye Kyo appeared at the filming location of Hyun Bin. The actress’s photo posted on Instagram has many similarities with Hyun Bin’s leaked photos of the ad.

This time in our opinion will not believe in a speculative rumor that Song Hye-Kyo and Hyun Bin were ready to reconcile their past relationship. Follow lovekpop95 to stay up to date on the latest Korean celebrities.