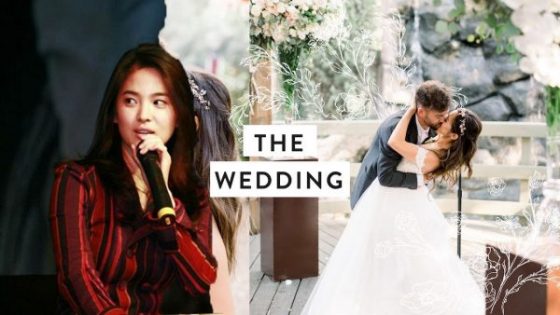 However, the fan community of the couple still put Confidence in the reunion of Song-Song Couple!

As an experience person of that kind relationship, i do believe that they can’t simply just remove their feelings/love to each other and there’s a possibility that they could make it together. They couldn’t just throw away all of the greatest thing that ever happened to them specially they got married because they love, care and understand to each other. The first time i heard their reason of divorce, it makes me laugh why? Because the said reason is that their ” differences of their personality” i mean com’on isn’t it ironic? Why would they get married if they’re not in same personality i mean some of that exist but how come a perfect love goes wrong just with that reason?

I’ve been a fan of Song Joong ki for more than 10 years and i’ve known him well for the rest of my life he isn’t the type of man that would make an unwisely decision. I’ve sense also that they’ve been dating or seeing each other before taping Descendants of the Sun as you can see through their actions behind the scene and off cam you can literally sense that there is something between the two, the fact that they’ve been dating since 2015 so they have foundation in more than 2years and that’s actually enough for both of them to know each other well so much and after dating 2 years the agency announce that they’ve been dating for 2 years and specially they’re getting married exactly that year 2017.

We all witness the sparks of their eyes, physical contact and the way they talk to each other after the 2 years of dating and 2 years of being married, the two decided to get divorce and the reason itself is about their differences of personality. In 4 years being together it was just ended in 1month, how? Where does the perfect love goes wrong? Why is it that it just ended up that fast? What is the actual reason? Even me, i don’t know the exact reason but for all i know is that none of them cheat as far as i know no one has to blame.

Base on my opinion, they’ve their own reason why but for me the exact reason of their divorce is that because of their career specially to SHK which she take the oath to become a hardworker actress. We all knew that both of them are professionals and needed to focus their own career in order for us to be happy and also they have family to support financially. As a die hard fan of SJK, i guess he made the right decision of filing the divorce in order to ease SHK career. The sudden split up of the two made me broken hearted, they’re the one and only reason of my happiness:( They gave me strength more than anyone else, i wish them their full happiness even though i can’t be happy i hope that they could see their selves happy. I guess we should accept the fact that they’re loving so much each other deep inside, we could still see the care of them specially to SHK that warmingly visit SJK when he was being quarantined this April-May. I knew that they are seeing each other again but i hope so that they could continue being happy. I just miss the fact that i am seeing them on screen. I really hope that things goes well betweem the two.

Please stop pointing the blame of the said divorce, it was the two decided the split up and we don’t have the right to put the blames on them because in the first place it was the two have a thing not us. And also stop spreading fake informations regarding the two, it could lead hatred between their fans or us. Regarding the issue right now about SJK please validate the said informations before you could say something harsh on it and make sure to have a strong sources of its said issue. Don’t just believe on what you see, you should also seek the truth before making you believe.
SJK and SHK is in good terms and we shouldn’t be worried, if they are meant to be together until the end they could always have the opportunity to have each other back again. If fate is on their side nothing is impossible and also i agree that they still love each other so much the way they love each other before, it could be more than before!

My point here is that always spread love and don’t live yourself full with hatred. Even though they broke up, we still don’t have the right to judge someone. We are also human, we couldn’t stand still if there is someone who’s been judging you without knowing the whole story. I hope one day that as a human being we should atleast act being human with the heart. Whatever circumstances you may take or challenge, always believe that there’s someone who is willing to help you wholeheartedly and it is our Creator.”
Source: Athena Buenavista.