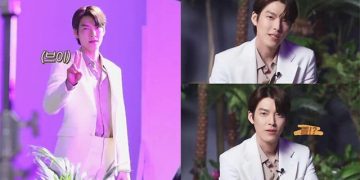 Kim Woo Bin has recovered and gradually returned to work after three years of treatment of throat cancer. 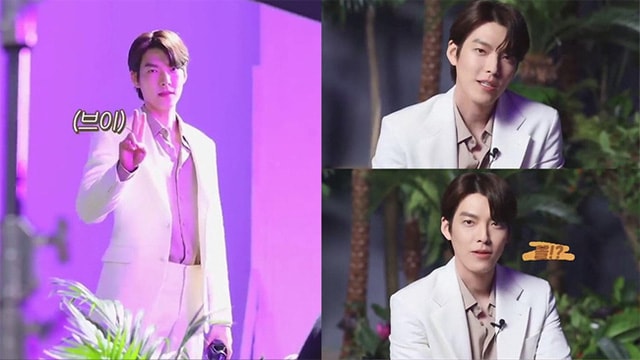 Recently, the behind-the-scenes photos of Kim Woo Bin filming the commercial have been revealed. In it, the actor wears a white suit and is very handsome. Kim Woo Bin’s mood is also brighter than before. This is the first official job that Kim Woo Bin has done after returning to showbiz.

Born in 1989, Kim Woo Bin is famous in Korea as well as Asia as an actor, a model. In May 2017, Kim Woo Bin suddenly revealed that he had throat cancer, had to suspend all activities and focus on healing.

For nearly 3 years, Shin Min Ah has fought with him with his illness. In November 2019, Kim Woo Bin officially returned with his appearance at the 40th Blue Dragon Film Awards. 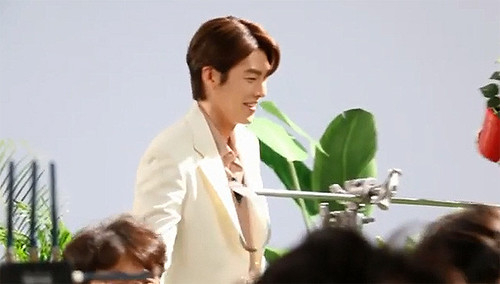 Recently, he moved to AM Entertainment, which is managing his girlfriend, Shin Min Ah, to develop his career. Kim Woo Bin has confirmed his participation in the movie Alien. Filming began in March and starred many actors including Ryu Jun Yeol, Kim Tae Ri, Jo Woo Jin, Honey Lee, Kim Eui Sung, Yum Jung Ah, and So Ji Sub.