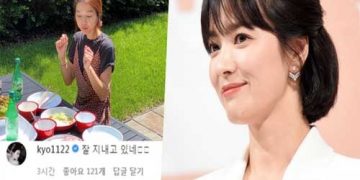 Song Hye Kyo made a move amid rumors of Hyun Bin reuniting. 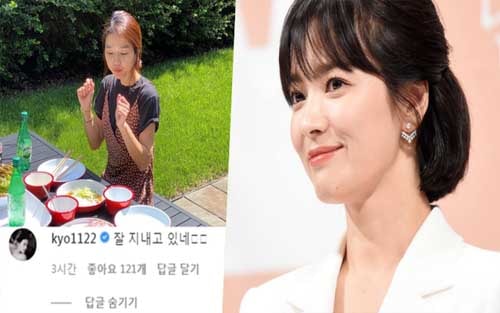 However, despite the rumors surrounding him, Song Hye Kyo still calmly enjoyed life, and recently even went straight to the top 2 of Naver Korea to reveal a comment with a close friend. Of course, the character who is making people extremely curious is not a cult actor or a close friend of the opposite sex, but Lee Jin – the famous actress and singer of a girlgroup Legendary Fin.KL and close friend of Song Hye Kyo. 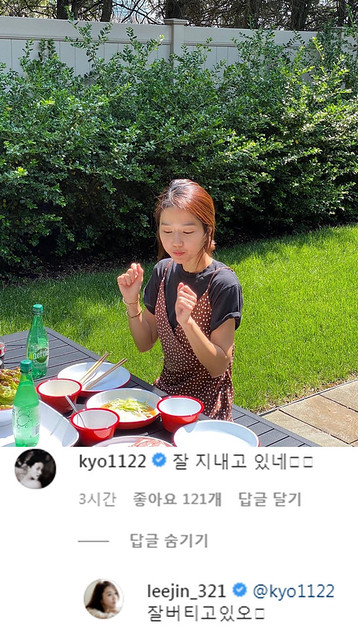 Specifically, according to Starnews, Lee Jin showed off a pic that was very comfortable, causing the audience to be overwhelmed by the 100% bare face. Immediately, Song Hye Kyo left a comment asking her best friend, “You’re still okay ?,” and Lee Jin replied, “Well, I’m pretty good.”

It is known that Lee Jin has b 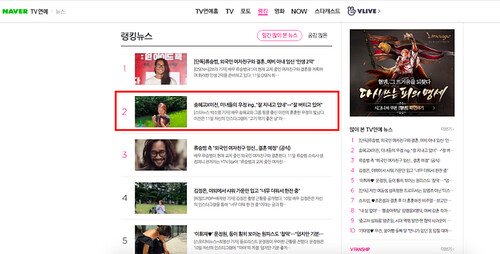 een married to her husband working in finance since 2016 and currently lives in New York. Lee Jin and Song Hye Kyo attended the same high school, became closer after entering the entertainment industry and still maintain strong relationships with the all-star Korean friends.