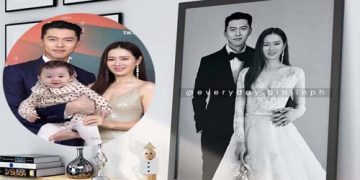 The rare reunion of Son Ye Jin and Hyun Bin at the Baeksang Awards 2020 and a series of moves by two famous artists made fans actively "push the boat" for them into a real couple. 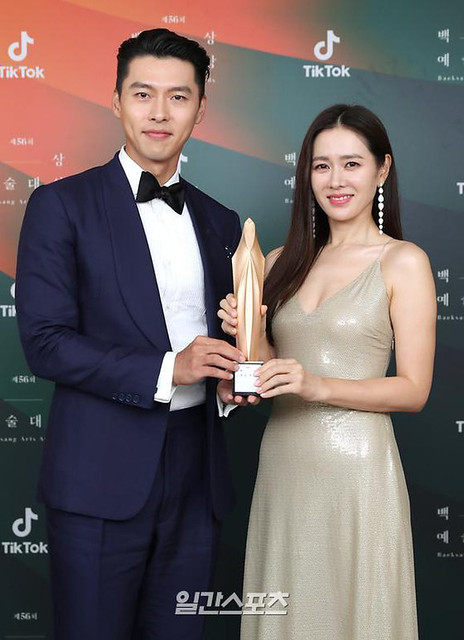 Although trying to avoid each other to avoid rumors and emotional rumors, all the actions of Son Ye Jin and Hyun Bin were recorded by subtle reporters. A few days ago, the internet community “restless” with Son Ye Jin’s squinting glare for Hyun Bin as the two paired up to receive Baeksang’s Favorite Artist Award 2020.

Previously, on June 8, Son Ye Jin was also discovered by netizens to “Like” a series of articles related to her and Hyun Bin. This action is also speculated by fans that the famous Korean actress is “secretly” acknowledging the relationship above her colleague with handsome actor Hyun Bin. Keywords Son Ye Jin and Hyun Bin have become “hot” in recent days.

In 2019, when the drama “Landing where you” was announced with the participation of Hyun Bin and Son Ye Jin, fans across Asia were excited and paid special attention to. movie.

The romantic and troubling romance of Se Ri and Jung Hyuk in “Crash Landing on You” is Hyun Bin and Se Ri excelling and moving people. In early 2020, the film opened to the audience and became one of the hottest Korean dramas in the first half of this year.

Many viewers said that, in order to create romantic movies in “Landing where you are”, the two main actors were living with emotion. Over the past 2 years, Hyun Bin and Son Ye Jin have become close friends. The understanding and understanding helps them act naturally and honestly on screen. The chemistry and intimacy at the set made the rumor “true love from the movie” between Hyun Bin and Son Ye Jin appeared from there.

Hyun Bin and Son Ye Jin are the same age and are both the sexiest singles in Korean entertainment. In early 2019, the two were discovered dating fans in the US but they quickly denied and asserted that they were merely friends.

In interviews, the couple always give each other sweet looks and compliments with wings. Many times, the manager of Son Ye Jin and Hyun Bin had to deny the dating between the two artists. However, fans of the “Crash Landing on You” couple are still “active” pushing them for almost a year.