Son Ye Jin has made clear consecutive moves, causing the public to "restless".

In the middle of the night Son Ye Jin caused the whole social network to wake up because of accidentally showing signs of dating Hyun Bin? 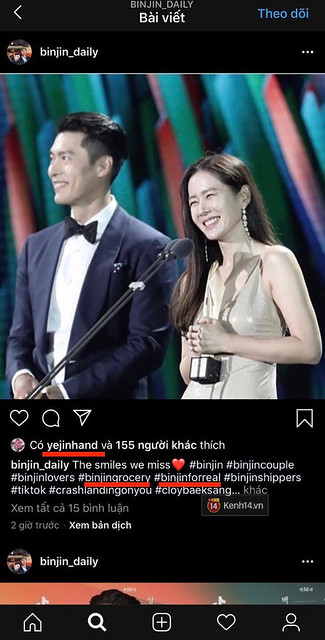 After the success of the movie “Crash landing on you”, Hyun Bin and Son Ye Jin became the couple that “pushed the boat” across Asia. Even the two artists have revealed countless suspicious signs and photos of suspicious dating at a supermarket in the US. However, Hyun Bin and Son Ye Jin still strongly denied the rumor 5 times 7 times. Recently at the Baeksang Arts Awards 2020, the couple Bin – Jin even deliberately avoided each other, the attitude so strange that the public became even more suspicious. 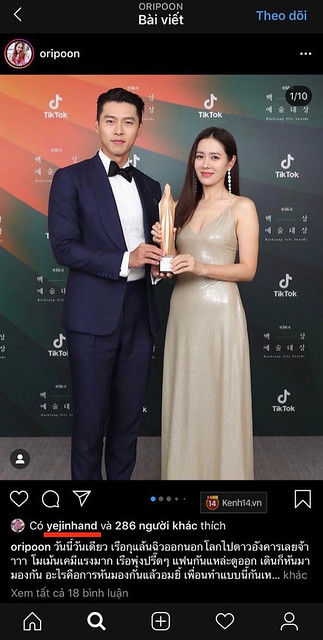 More surprisingly tonight, Son Ye Jin shocked the “shipper” community when he accidentally revealed traces that were no different from the acknowledgment of dating Hyun Bin. Specifically, Son Ye Jin tonight like to like two consecutive happy couple photos with the male actor at Baeksang 2020 of 2 Instagram accounts @binjin_daily, @oripoon and @fans_yejinhand. Worth mentioning, Instagram @binjin_daily is the fanpage “pushing boat” actress and Hyun Bin. In Son Ye Jin’s post, like this account, the admin also has hashtag: # Binjin couple, #binjinlovers, #binjing grocery (referring to the series of supermarket dating photos are real) and # Binjin couple are real. 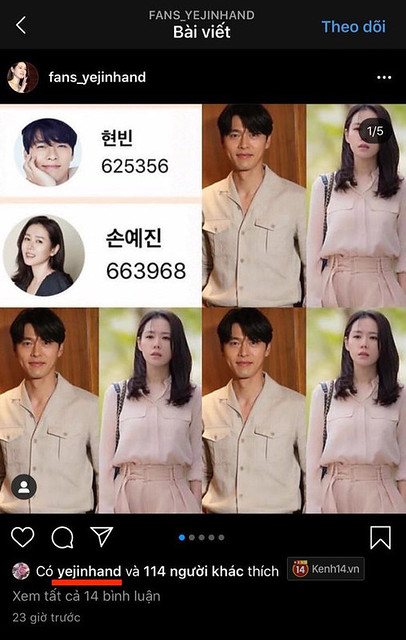 Son Ye Jin continued to like photos of love pictures with Hyun Bin at Baeksang in 2020. These are also images that sparked rumors of two artists dating but deliberately avoiding each other

Earlier, Son Ye Jin and Hyun Bin were also spotted showing intentionally wearing a couple outfit at Baeksang. Reportedly, both costumes of the couple “Crash landing on you” are designed by Ralph Lauren brand. Some fans also explained the meaning of the couple’s outfit colors as follows: Hyun Bin is the blue sky, and Son Ye Jin is the stars in the sky.

Although many times denied this love story, but it seems that beautiful sister “hidden head revealed tail” then! The majority of fans are extremely expecting this couple to come out soon, together to form a beautiful couple in Korean screen in particular and Korean showbiz in general. But there are also ideas that Son Ye Jin just like to like a series of photos, but not at all.

How true is Son Ye Jin – Hyun Bin’s love story, perhaps it will have to wait for a response.