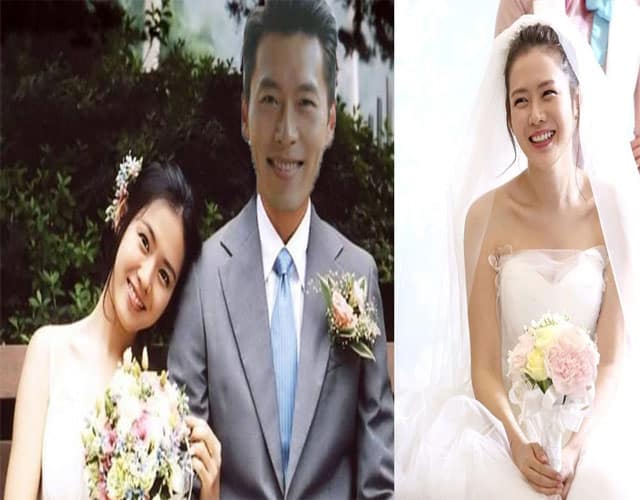 Every time there is a rumor dating with Song Hye Kyo or Son Ye Jin, Hyun Bin has a different reaction. Maybe he dedicated his love to Son Ye Jin?

Hyun Bin is currently one of the hottest names and is particularly interested in the public. The cause stems from rumors of this actor’s recent dating. Revealing evidence of love with beautiful co-star Son Ye Jin or came again calling in the rumor to return with former lover Song Hye Kyo. But now that I look closely, Hyun Bin’s reaction to these two rumors is so confusing.

Specifically, Hyun Bin has been repeatedly involved in love rumors with Son Ye Jin. From “hint” splashed at events, social networking moves to revealing private dating photos when going to a supermarket in the US, all were rejected outright and decisively by Hyun Bin. Fans also noticed that every time there was a rumor with Son Ye Jin, Hyun Bin’s Vast Entertainment was the first to take the initiative.

However, when rumors of going back to Song Hye Kyo roared all over Asia, from billion Chinese people to Korea, Vietnam,….. Hyun Bin Still … Silence. He did not mention the former, neither denied nor admitted.
The following possibilities exist:

1. The reason Hyun Bin actively denied the rumors with Son Ye Jin was because he wanted to clarify the relationship between his friends, keep his friendship, avoid dating dating to affect his true relationship and “best friend”.

2. Hyun Bin took the initiative to deny the rumors with Son Ye Jin because he wanted to hide his relationship with the new love, so as not to affect the crew because maybe the audience will only be interested in the love of they forget to enjoy the work.

3. Hyun Bin was silent due to rumors of going back to Song Hye Kyo because he did not want to get involved in the scandal of love that was too troublesome of his former lover. During the past half year, Song Hye Kyo constantly involved in a series of rumors of adultery, new love. Hyun Bin’s silent move is to avoid the market as well as to avoid mentioning the ex.

4. Hyun Bin was silent when the rumors returned to Song Hye Kyo because he was actually dating his ex. However, because Song Hye Kyo is involved in many rumors about love, he does not want to publicize this relationship.

5. Hyun Bin reacted differently on 2 love rumors simply because he is now closer to Son Ye Jin than Song Hye Kyo. Maybe he doesn’t date anyone, including Son Ye Jin or Song Hye Kyo at the moment.