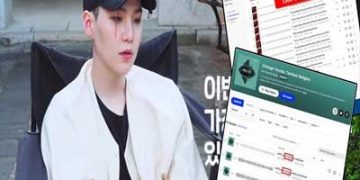 Many BTS fans see this as a strong act of BTS and Big Hit responds to the arrogant attitude of Dispatch. 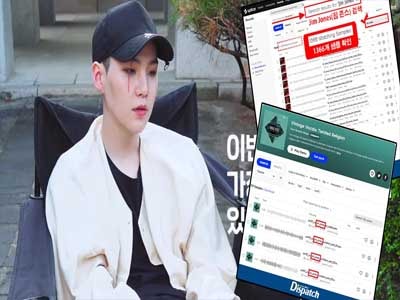 Big Hit and BTS suddenly announced their support with #BlackLivesMatter, “” we stand together “against racism: BTS and Big Hit Entertainment have donated $ 1 million to Black Lives Matter, a rep for Big Hit confirms to Variety.
This action of BTS and Big Hit took place immediately after Dispatch deletes their Black Lives Matter post. Many BTS fans see this as a strong act of BTS and Big Hit responds to the arrogant attitude of Dispatch.
The fact that Dispatch – a leading Korean news website continuously releases news, has investigative articles about BIG HIT’s artists, especially BTS, makes fans extremely worried. Why are the two major entertainment companies in Korea having such products?

BTS J-Hope’s Sister Jung Jiwoo announced her marriage next month with her fiance who is outside the entertainment industry.

Today, the Korean public was confused, confused by the tense move of the Dispatch news site when declaring war on BTS AND BIG HIT. The famous Korean newspaper once supported, spoiled and especially treated BTS with Big Hit artists like a “chicken”. Every holiday, Dispatch has 7 members and loves Jungkook when no less than 2 times using the youngest image as the main avatar.

However, recently, when Jungkook and Suga got into a scandal, Dispatch did not hesitate to conduct a series of thorough “investigations”. At its peak today, fans realized that Dispatch had deleted all BTS photos and posts on their official Instagram. Many fans said that Dispatch and BTS, Big Hit had a conflict, so they decided to declare war.