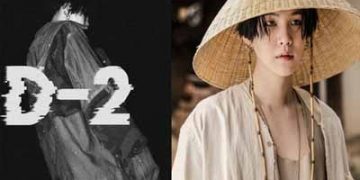 "What's good is dirty, what's dirty is empty?" - a netizen left a comment for SUGA ... Knet is having mixed reactions surrounding the controversy of newly released songs in SUGA mixtapes.

Knet fiercely criticized BTS’s SUGA after Big Hit’s apology: “He thinks he’s a good professional artist but everything is ugly”

In recent days, the controversial BTS’s SUGA surrounding the song “What Do You Think” of mixtape “D-2” is attracting the attention of many netizens. Specifically, the story originates from a topic on social networking site Reddit that SUGA used the speech of the massacre of 900 people Jim Jones who included in “What Do You Think?”. Soon after, this song and SUGA itself received a wave of extremely strong criticism that caused Big Hit’s management company to apologize.

It seems that the incident temporarily subsided somewhat when Big Hit Entertainment issued an official apology. However, Big Hit’s apology does not seem to be enough to ease this wave of criticism, even Korean netizens also pointed out the issues surrounding SUGA individually as a mixtape producer. 2 “general and controversial song” What Do You Think? ” in particular.

“Hello, this is BigHit Entertainment.

We would like to give official feedback on SUGA mixtapes (BTS).

In the mixtape “D-2” songs, there is the song “What Do You Think?” including a sample statement from Jim Jones, selected by the manufacturer, who did not know the speaker and of course had no intention.

After choosing the sample speech for the song, we checked it out according to the procedure, but we made a mistake when we didn’t realize that this was an inappropriate sample.

Although we have gone through the process of checking related issues, we also have shortcomings in understanding cultural, social and historical issues about the sample. We apologize to those who have been hurt or feel uncomfortable about this. After checking again, we immediately deleted the sample and replaced it with a new version.

In particular for SUGA, he himself felt ashamed and felt responsible for an issue he didn’t recognize. We will take this situation as a lesson and learn from experience in the future. ”

Although Big Hit’s apology expressed his sincerity and mentioned the main character is SUGA, Knet is still hard to ignore for him. Netizen said that SUGA needs to handle the situation like a true artist, personally admit the error and express his sincerity instead of “hiding” in the shadow of the company.

Below the article about the controversy of SUGA (BTS) ‘s song as well as the apology that Big Hit made, the Korean netizen commented extremely harshly.

3. [+961 -329] At least he admitted it quickly and apologized. I am sure that SUGA is extremely disappointed if the speech is actually used without even knowing it.

4. [+242, -30] I realize that BTS never really apologized in person. They always “hide” behind Big Hit haha. They make a mistake and then go back to “hide the mother skirt” * laughs *.

5. [+234, -25] Even students don’t do powerpoint in such a reckless manner … How can you insert a speech just because you think it “fits the vibe” song “without bothering to check the source or who speaks?

6. [+221, -24] He was so proud when he introduced the album? Now why would Big Hit apologize on my behalf? If he really considers himself an artist, he should apologize personally. It is impossible to blame another manufacturer.