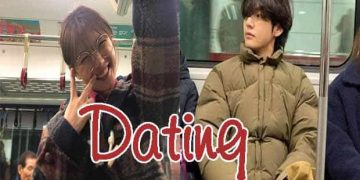 Korean netizens were fascinated by rumors of BTS's V and Kim Yoo Jung dating when they both posted photos on the subway.

Every few half a month, on social networks, there are posts dating evidence of a famous couple, this is inherently not strange. And recently, a couple that seems to be unrelated is suspected to be dating, it’s BTS’s V and actress Kim Yoo Jung. 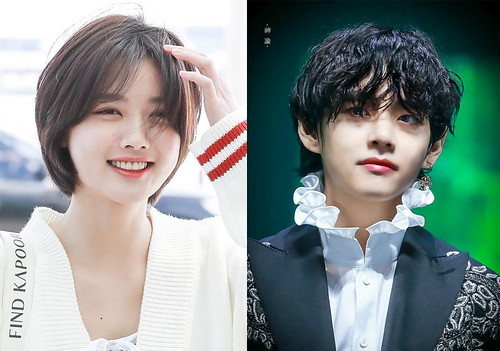 Recently, V (BTS) has made the fan community “excited” when posting a photo of daily life on the social network Weserse. He made the people excited when he wore a bare face, dressed simply and sat on the subway seat. With the popularity of BTS as well as the crazy fan problem that this group is facing, the simple, comfortable V on public transport has made fans extremely excited.

However, many netizens soon realized a very interesting point when the day before, Kim Yoo Jung was also eager to post photos on public transport. Contrary to the shimmering, flashy image of a star, Kim Yoo Jung is extremely happy when using the subway as everyone else. 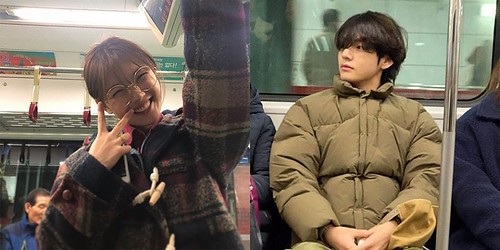 The fact that V (BTS) and Kim Yoo Jung chose to take the subway in the same period of time indeed made many netizens curious and excited. They even suspect that the two young stars are in a relationship and they choose the subway to date like other normal couples. And it seems that Kim Yoo Jung is the girl with V and she took a photo with her boyfriend on the subway.

It sounds reasonable, but actually this does not convince the majority of fans. Many fans said that the two took the subway at the same time was not enough to confirm that they were dating. Judging from the date of the photo posting, Kim Yoo Jung took the subway on January 10, and V left the next day. Maybe they are dating … often?

Moreover, fans also confirmed that there are no couples who are secretly dating but choose public places like the subway to date. But if it is true that V (BTS) and Kim Yoo Jung are dating there, then no one will come across? So perhaps, it seems ridiculous to say they are in love!

Some comments of netizens:

“That sounds a bit ridiculous, but it’s impossible to infer dating.”

“No one is foolish to take the subway like that”

However, the above relevant details are just what netizens speculate should be. Whether V and Kim Yoo Jung are dating or not is still unknown.